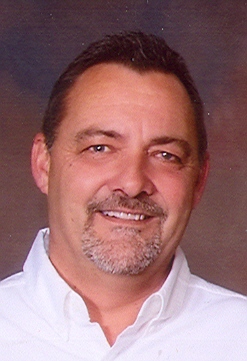 Daniel G. Holzem, age 53, of Pine River, passed away peacefully on Thursday, February 11, 2010 at his home with his family by his side. He was born on July 13, 1956 in Milwaukee; son of Henry and Mary Alice (Tupy) Holzem. Dan grew up in Lannon, WI and graduated from Sussex Hamilton High School in 1974. He honorably served his country with the U.S. Air Force and was very proud of his service time in Okinawa, Japan. Dan worked with Wisconsin Gas/WE Energies in Milwaukee and Appleton for 25 years before his retirement. He will be deeply missed by the love of his life for 15 years, his wife, Laura Owens, Pine River; his mother, Mary Alice Holzem, Baraboo; his daughters, Natalie Holzem, La Crosse and Nicole Holzem, Eau Claire; brothers and sister, Bob (Gayla) Holzem, Baraboo; Kathy (Tom) Smith, Fairfield, CT; Mike (Sarah) Holzem, Florence, S.C.; Joe Holzem, Waukesha and John (Karen) Holzem, Houston, TX. He is also survived by many nieces, nephews, cousins and good friends. Dan was preceded in death by his father and brother Ronnie. Services for Dan will be held on Tuesday, February 16, 2010 at 6:00 p.m. at Wichmann Funeral Home, Tri-County Chapel with Chaplain Jordan Kuczwara officiating. Family and friends may visit at the funeral home on Tuesday from 3:00 p.m. until the time of the service. In lieu of flowers, memorials may be directed to the ThedaCare Cancer Institute or ThedaCare at Home Hospice in Dan's name.

Dan's family would like to say a special thank you to Dan's friends and caregivers for their loving support throughout the years.
Wichmann Funeral Home
Tri-County Chapel
3212 S. Oneida St.
Appleton (920)831-9905