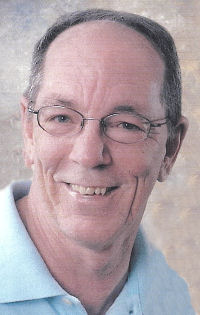 Daniel E. Balster, 63, Appleton, passed away from natural causes due to complications from Pneumonia on Friday, July 28, 2017. He was born on November 14, 1953 to the late Virgil and Margaret (Kramer) Balster in Wilmont, Minnesota. Daniel moved to Wausau, Wisconsin and lived with his sister, that’s where he met his wife, Alane Fraedrich. They were married on October 16, 1976 at St. Matthew’s Parish in Wausau.

In his early years Daniel enjoyed hunting, fishing and bowling. He was known for his good sense of humor and will be greatly missed.

Daniel is survived by his wife, Alane; his children, Thomas (Cindy) Balster, Theresa (Robert) Slover and Todd Balster (special friend Carolann Helms); grandchildren, Skye, William, Brooklynn and Cassidy and step-grandchildren, Brody and Conner. He is further survived by his siblings, Donny (Mary) Balster of Chasta, MN, Sandra (Larry) LeBrun of Watertown, WI, Dave (Norma) Balster of Wilmont, MN, Karen (John) Stengle of Pierre, SD and Susan (Reynard) Lowman of Yorktown, VR; his mother-in-law, Betty Reichl of Appleton and many other relatives and friends too numerous to list but never forgotten.

In addition to his parents he was preceded in death by his fathers-in-law, Dale Fraedrich and Alvin Reichl; an infant son; his sister, Linda Terry and his faithful dog, Rocky.

Daniel’s family will be following his wishes and services will be held in private for his family at a later date. Online condolences can be made at: www.wichmannfargo.com.

Daniel’s family would like to thank the staff of St. Elizabeth Hospital for all the wonderful care given to Daniel and compassion shown to his family; especially the staff of the Critical Care Unit.