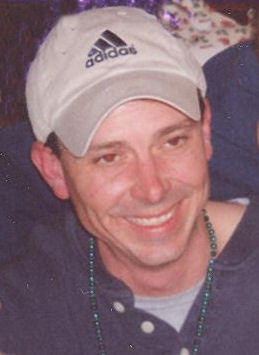 Daniel P. Butler, age 40, passed away on Tuesday, March 11, 2014. He was born on March 17, 1973, to Don and Sue Butler and resided in Appleton. He graduated from Appleton East High School and was a mason by trade. Dan loved camping, going up north with friends, and doing anything that he could to help others. He also enjoyed going to the races and watching NASCAR. Dan cared deeply about his pets Hank, Buster, and George, and loved taking long walks with them. What he loved more then anything though was spending time with his son, Koty Butler, USMC. Together they had many great times snowboarding and doing anything else together. Dan was loved dearly by his entire family, and he will be truly missed.

Funeral services for Dan will be held at 1:00 p.m. on Saturday, March 15, 2014, at the WICHMANN TRI-COUNTY CHAPEL, 1592 Oneida Street, Menasha. A time of visitation will be held at the funeral home from 11:00 a.m. until the time of service. In lieu of flowers, a memorial fund is being established in Dan's name.

No farewell words were spoken,
No time to say good-bye,
You were gone before we knew it,
and only God knows why.