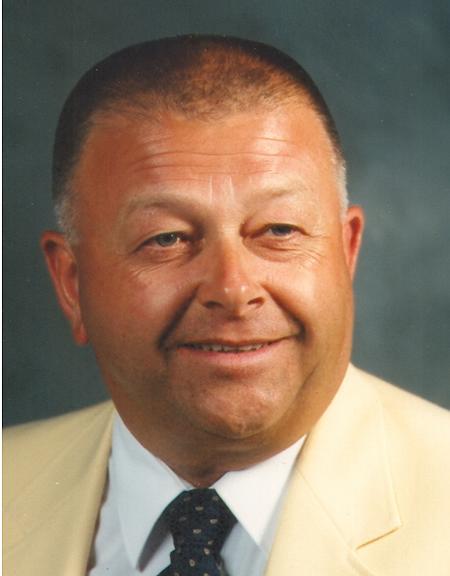 Daniel A. Gillis, age 68, of Iron River, Wisconsin, formerly of Appleton, died unexpectedly, Friday afternoon, October 28, 2005, at St. Mary Hospital, Duluth, MN. He was born March 9, 1937, to the late Royal and Marie (Stommel) Gillis, in Green Bay and graduated from Kaukauna High School in 1955. He was united in marriage to Barbara A. Kieso on June 1, 1957, sharing 49 years together, before his death. Dan will be remembered as a wonderful husband, father and grandfather.
Dan was a member of the Appleton Police Department for 8 years prior to starting "Gillis Landscaping", which he owned and operated from 1964 until 1981. He then returned to law enforcement with Calumet County as Undersheriff and was then elected Sheriff of Calumet County in January 1981, retiring in 1997.
Dan retired and moved to Iron River, WI, where he kept himself busy fishing, hunting, caring for his yard and feeding his deer and cruising the Pike Lake Chain on his pontoon boat. He and Barb spent lots of time at their favorite eating place, "The Rustic Roost Restaurant" , where they made many friends, including Pat Hood and her family and Kay Johnson. He will be missed by many friends and neighbors. Dan was a member of Wisconsin Sheriffs and Deputy Sheriffs Association and Past President of the Badger Sheriffs Association. At the time of his death, Dan, was a member of the Iron River Police and Fire Commission.
He is survived by his wife, Barbara; his son, Mark (Lorie) Gillis, Town of Menasha; his grandchildren, Ashley Sanders, Brandon Gillis and Michael Verhagen; five brothers, Patrick, Ken (Kathy), Wayne, Tom (Barb) and Mike (Liz); four sisters, Kathleen (Darren) Carley, Virginia (Wally) Freund, Mary (Earl) Jahnke and Colleen (Tom) Williams; four sisters-in-law, Gloria Gillis, Barb Gillis, Barb Gillis and Audrey Chaganos; two brothers-in-law, David (Linda) Kieso and Jerry (Barb) Weyenberg; numerous nieces, nephews other relatives and dear friends. He was preceded in death by his daughter, Teri Sanders, July 2, 2005, three brothers, Jack, Gerald and Pete Gillis and a sister, Judy Weyenberg.
Funeral services for Dan will be held at 7:00 pm, Wednesday, November 2, 2005, at the funeral home, with Reverend David J. Skarsten officiating. Friends may call at the funeral home from 1:00 pm, Wednesday, until the time of the service. Dan will be cremated and returned back to his beloved Iron River, Wisconsin.

"Grandpa" we will always remember our special times with you. Ashley, Brandon and Michael