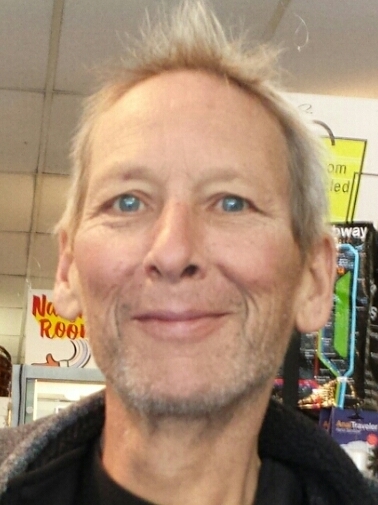 Dana Anthony “Tony” Schultz passed away Friday, October 16 at home with his family by his side after a three year battle with cancer.

Tony was born February 20, 1963 at Theda Clark Hospital in Neenah. He grew up in Menasha and graduated from Menasha High School in 1981.

For many years Tony was employed by Boegh Plastering until shoulder injuries forced a career change. Following that, he was employed by Versatile Management where he was able to prove that he knew a little bit about everything. He was a person who never stopped working; he would pick up bicycles he saw in the trash, repair them, and then donate them to the Appleton Boys and Girls Club. He was also quick to lend his expertise to any projects his friends or family were working on. His generosity will be missed by many.

Tony developed a love for the outdoors by spending much of his childhood in Lakewood, Wisconsin where many members of his family had cottages. There Tony learned to fish, hunt and downhill ski. Another favorite pastime was listening to Packer and Brewer games on the radio in his garage with friends.

Last, but not least, Tony was a passionate fan of high energy punk rock, in particular the music of Joe Strummer and The Clash. His philosophy of life could be summed up in the following words by Joe Strummer: “The future is unwritten.” and “I preached everything in my life with a punk rock attitude. In fact, punk rock means exemplary manners to your fellow human being.”

Tony's children were the light of his life. He is survived by Cole, Caelen, Clara and his ex-wife Vicki; his brother Blaine (Kathryn Rock), nephews Kiefer and Keaton; his sister Kelly (Jeff Hansen), niece Lexee and nephew Chance; his sister-in-law Letha Morrison and his mother-in-law Jean Morrison. He was preceded in death by his parents Delbert and Nadie Schultz, and by his dog Clyde.

There will be a gathering to celebrate Tony's life at Wichmann Funeral Homes, Tri County Location in Menasha on Saturday, October 24, 2015 from 12:00 to 4:00 pm. At 3:00 pm there will be time to share memories. For more information, please visit www.wichmannfargo.com.

In lieu of flowers and other expressions of sympathy, a memorial fund has been established