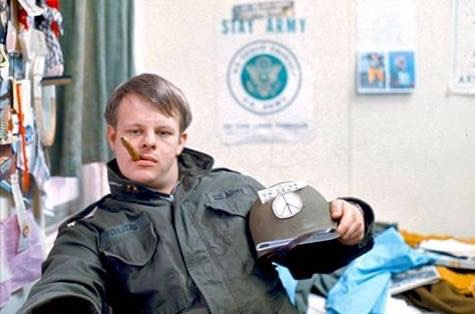 Dan graduated Waupaca High School in 1967 and entered Fox Valley Technical College where he earned a degree in Marketing & Advertising. He served in the US Army as a trombonist in the army band in Japan during the Vietnam conflict from 1971-1974. Upon returning home, Dan became General Manager for Sound World in Appleton and later an Advertising Manager for Van Vreedes Appliance, Electronics & Furniture.

Dan was an accomplished trombone player, playing with Swing Time Jazz Band and Little Chute Community Band and also for veterans returning from ‘Old Glory Honor Flights’.
Auto racing was one of Dan's greatest passions in the 70s and 80s. He first campaigned his Blue Bayou Racing Datsun 280Z in SCCA National Races at tracks like Road America, Mid-Ohio and Watkins Glen. From 1980 to 1985, as part of Team Behm Racing, he competed throughout the US and Canada in the VW Cup Pro Series, expanding his resume to include tracks like Charlotte Motor Speedway, Riverside, Laguna Seca and Mosport. The highlight of his career was an invitation to race in the 1985 Curacao Grand Prix as a guest of that Caribbean Island's Government. A fellow competitor remembers “Dan was a gentle but wild man. Always brave with just a touch of caution. A big loss of a Great Guy”

He is survived by his wife of 34 years, Dottie, his daughter Ashley and her husband Nick Berry, grandchildren Maxwell Daniel and Oliver Ward Berry, his brothers Todd and John Fonstad, Todd’s son Mark Fonstad and daughter Kristi Fonstad Stingle, Kristi’s husband Chad and children David and Kate, and by John’s family members Kyle and Amanda Brown with their children Garrett, Natalie, and Warren.

The Memorial Service will be officiated by Pastor Steve Cole on Sunday, November 5, 2017 at 3:00 p.m. at WICHMANN FUNERAL HOME, 537 North Superior Street in Appleton, with visitation from 1:00 p.m. to 3:00 p.m. and luncheon after. Please join the family in making this a celebration of Dan’s life; please also bring your funniest stories to share with everyone during the funeral service, and be prepared for tons of belly-laughs. In lieu of flowers, a memorial fund has been established in Dan’s name. Online condolences can be shared at www.wichmannfargo.com.

The family would like to extend a sincere thank you to all who have offered prayers, fond memories, and support in this difficult time.