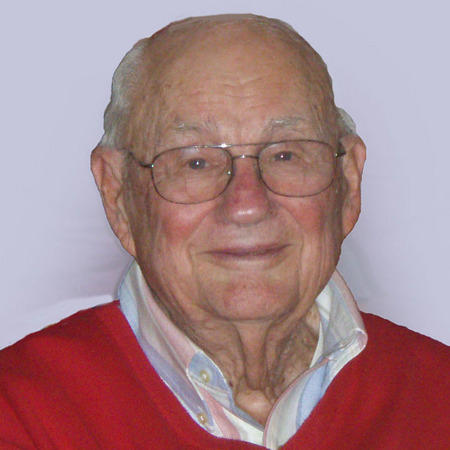 Age 88, of Appleton, passed on Wednesday, November 13, 2013 at The Heritage Assisted Living Center due to complications of pneumonia. Dan was born in Willard, MO on September 25, 1925 to the late W. Clay and M. Helen (Cochran) Cloud. After high school graduation from Wentworth Academy Dan enlisted in the U.S. Marine Corps and entered the higher education portion of the military V12 program. It was during this time at Colorado College when he met his bride to be Helen (Kiech). Dan was a proud member of the Kappa Sigma fraternity while attending C.C. and following his graduation with a Bachelor of Arts degree in 1947, served in the Marine Corps Reserves.

Dan and his family moved to Appleton in January of 1953 after he and his father Clay purchased the local Buick dealership. The agency grew and expanded to new facilities on West College Ave. in 1965 and added the Honda franchise in 1975. Cloud Buick and Honda was sold upon Dan's retirement in 1996 after 43 years in business.

Dan was a member of the Appleton Noon Lion's Club, served on the Board of the Fox Cities United Way, and following his retirement, volunteered for F.I.S.H. In addition, he was a longtime member of the First Congregational UCC Church in Appleton as well as Butte des Morts Country Club.

A memorial service for Dan will be held at 11:00 AM on Saturday November 16, 2013 at the First Congregational UCC Church, 724 E. South River St., Appleton. Friends may visit directly at the church on Saturday from 9:30 AM until the time of the service. In lieu of flowers, memorials may be directed to the Dan and Helen Cloud Family Fund at the Community Foundation for the Fox Cities, P.O. Box 563, Appleton, WI 54912. Online condolences may be expressed a www.wichmannfargo.com.

The family would like to thank the staff at the Heritage Woods for the wonderful assistance they provided to Dan during his stay. They truly deserve the title of “care” givers.