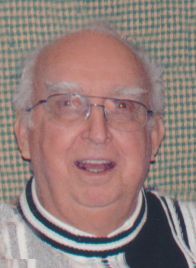 Dallas E. Thompson, age 89, of Menasha, passed away on Tuesday, March 1, 2016. He was born on December 22, 1926 to the late Edward and Nona (Kleman) Thompson in Bowler, Wisconsin.
He owned and operated the Dallas Thompson and Son General Contractor for 60 years before retiring in 2010. Dallas was also very proud of working for the Indianapolis Motor Speedway as an official. He always was ready for an adventure, whether it was fishing, racing or even flying a plane Dallas lived his life to the fullest.
Dallas is survived by his special partner, Marie Damie; his three children, Mark Thompson, Nona (Bill) Besaw and Cindy (Guy) Lemke; four grandchildren, Jeremy Mizzen, Tara Besaw, Sara Besaw and Adam Thompson; seven great-grandchildren, Kali, Kara, Hunter, Arianna, Kianna, Amya and Maylene; a sister, Jane Mach and many nieces, nephews, other relatives and dear friends.
In addition to his parents, Dallas was preceded in death by his late wife, Sylvia, three brothers, Gene, Edward and Don; three sisters, Jeanette, Diane and Bernadette, great-grandson, Austin, as well as several other relatives.
A memorial service will be held on Saturday, March 12, 2016 at WICHMANN FUNERAL HOME TRI-COUNTY CHAPEL, 1592 Oneida Street, Menasha at 4:00 pm. A time of visitation will be held on Saturday starting at 1:00 pm until the time of the service at 4:00 pm at the funeral home. Interment will be held at Highland Memorial Park. In lieu of flowers, a memorial fund has been established in Dallas's name. Online condolences can be expressed at www.wichmannfargo.com.