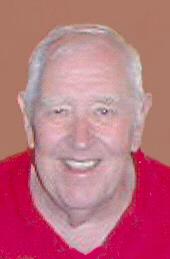 Dale D. McLaughlin, age 73, of Appleton, died unexpectedly, Wednesday afternoon, December 20, 2006. He was born August 23, 1933, to the late Ivan and Carrie (Gilden) McLaughlin, in Janesville and had been an Appleton resident since 1972. Dale served with the U. S. Air Force during the Korean Conflict. He had been employed by American Family Insurance for 38 years, retiring in 1997. Dale was an avid hunter and fisherman and enjoyed fishing trips to Canada. He was an active member of First United Methodist Church, where he served as head usher for a number of years and belonged to various committees, the Masonic Lodge #349, the Beja Shrine, a member of the Shrine Band and a member of the Appleton Evening Lions. He is survived by his wife, Lynda K. (Chase) McLaughlin, to whom he had been married for 49 years; three children, Kim (Charles) Genge, Virginia Beach, VA; Colleen (Edward) Lemos, Virginia Beach, VA; David (Christine) McLaughlin, Glenbeulah, WI; five grandchildren, Cristin, David, Jennifer, Andrea and Amanda; two sisters, Edith Davis, Elizabethton, TN; Virginia Hanson, Kerville, TX; and many nieces and nephews. He was preceded in death by his son Mark C. McLaughlin, four brothers and one sister. The funeral service for Dale will be held at 12:00 pm, Tuesday, December 26, 2006, at FIRST UNITED METHODIST CHURCH, corner of Drew and Franklin Streets, with Reverend David Brice officiating. Burial will be in Pine River Cemetery. Friends may call at the church from 10:00 am Tuesday until the time of the service. There will be a Masonic Service at 11:30 am, Tuesday. A memorial fund is being established.