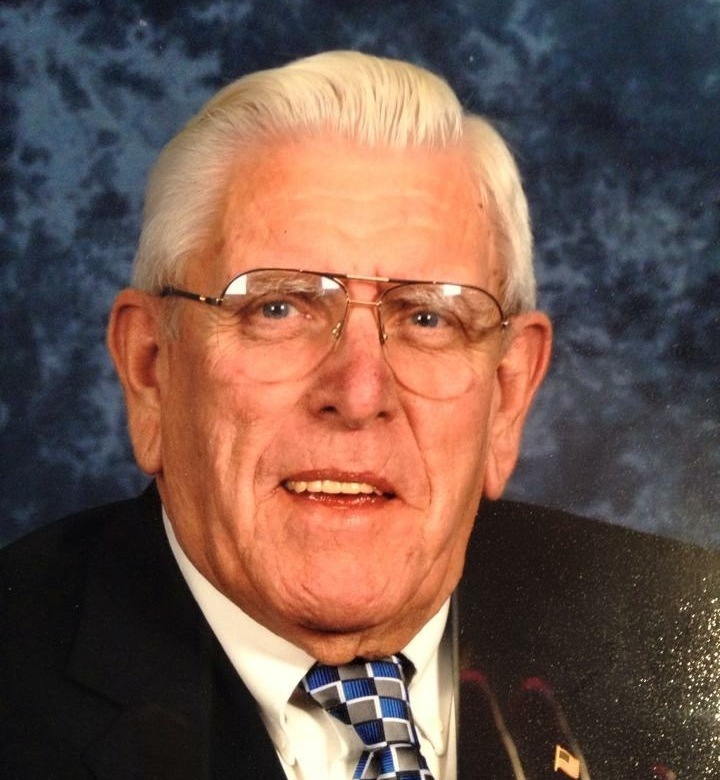 Curtis Detjen, age 82, was called to his eternal home on Friday morning, March 27, 2015 at St. Paul Home in Kaukauna. Curt was born in Algoma on February 14, 1933, son of the late Erwin and Clara (Schlei) Detjen. He graduated from Algoma High School in 1951 and served in the United States Army. He was stationed in Korea from 1953 until 1955. In 1956, Curt married Emmy Blazkovec in Algoma; and Emmy passed away in 1972. In 1974, Curt married Joan Pehlke, who also preceded him in death in 1987. Curt lived in Algoma until 1969, and during that time was employed by U.S. Plywood. The family then relocated to Combined Locks and he became employed by Badger Northland in Kaukauna. For several years during his retirement, he lived in Watertown where he enjoyed serving as the custodian at St. Luke's Lutheran School. In 1998, he returned to the Valley and has resided here since. Curt was a faithful member of Trinity Ev. Lutheran Church in Kaukauna, the Combined Locks VFW Post #10544, and was a former member of the Wisconsin Orchestra Leaders' Association.

The Christian Funeral Service for Curt will be held at 3:00 PM on Sunday, March 29, 2015 at TRINITY EV. LUTHERAN CHURCH, 804 Grignon Street in Kaukauna, with Rev. Anthony Schultz, a dear family friend, officiating. Interment will take place at 11:00 AM on Monday, March 30 in Evergreen Cemetery, Algoma. Family and friends are invited to gather at the church on Sunday from 1:00 PM until the time of the service. Full military honors will be provided by the VFW Post 10544 of Combined Locks, and the Patriot Guard will also be present to honor Curt's service to his country. Memories can be shared by visiting www.wichmannfargo.com. In lieu of flowers, memorials may be directed to St. Paul Hospice.