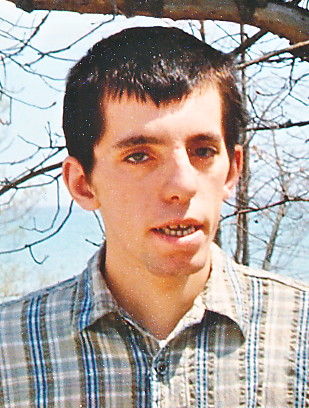 Cory H. Mueller, age 25, of Hilbert, passed away unexpectedly on Tuesday, December 18, 2012, at the Calumet Medical Center. He was born on December 18, 1987, in Appleton, WI, son of Roger and the late Joan Mueller. Cory attended Appleton West High School where he often played one on one basketball against Brian Butch, a future star player for the Wisconsin Badgers. Later, Cory graduated from Brillion High School in 2006, where his two best friends were Stuart and Erin Prust. Currently he was working as a sanitation engineer at the Calumet County Courthouse.

Cory was involved in many organizations; playing basketball in the Special Olympics, camping and fundraising with ARC and when he was younger, he was involved in the Boy Scouts of America. Cory also enjoyed watching Three's Company, Little House on the Prairie, Walker Texas Ranger, Gunsmoke and movies with his mother. He was an avid 49ers fan, he loved listening to country and pop music and his favorite foods included cheeseburgers, homemade pickles, brats, pizza, and his mother's Christmas cookies. Cory also loved animals, especially his cats and his cousin's dog, Wrangler, whom he loved playing catch with. Cory shared many happy memories driving his car, riding his bikes, gardening with his father, and spending time on the farm making wood. Cory will always be remembered for his kind heart, his sense of humor, and for his non-stop chatting.

Cory is survived by his father, Roger; his grandparents Donna and Bill “Chris” Steiner; as well as many other aunts, uncles, cousins and dear friends. He was preceded in death by his mother, Joan and his paternal grandparents, Adeline and Nicholas Mueller.

A memorial service for Cory will be held at 7:00 PM on Friday, December 28, 2012 at Wichmann Funeral Home, 537 North Superior Street. A time of visitation will be held at the funeral home from 4:00 PM until the time of service. In lieu of flowers, a memorial has been established in Cory's name. Online condolences may be expressed at www.wichmanfargo.com.

The Mueller family would like to thank Dr. Kurt Heyrman for the excellent care of Cory throughout the years.