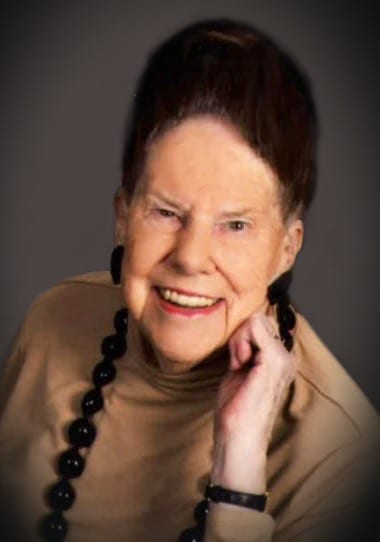 Cody Splitt died on Sunday, November 1, 2020. She was born on August 13, 1919, in Wausau, Wisconsin to Anne (Monahan) Wendt. Cody received a BA from the University of Wisconsin in Madison in 1947 and a Juris Doctorate from the University of Wisconsin Law School in 1949. She was admitted to the Wisconsin Bar in 1949 and had an individual practice until 1994. While a Madison Law School student, she was married on April 17, 1948, to a young accountant, Harley Splitt, by Justice Barlow of the Wisconsin Supreme Court, in the Supreme Court Room in the Wisconsin State Capital. She and her husband traveled extensively to Europe, South America, Canada, Mexico, and the Islands of the Caribbean.

In 1942, when the US Navy WAVES were formed by an act of the UW Congress, Cody enlisted. She served until November 1945, after the end of WWII. Her service years were spent in Washington, DC, in the Bureau of Naval Personnel. She recently served as president of the Fox Valley Unit 153 of WAVES National.

In 1955, she was appointed Assistant Director of the UW Agricultural Census. In 1960, the President appointed her District Director of the US Census of Northeastern Wisconsin. In 1966, she was appointed to the Wisconsin Equal Rights Commission by Governor Warren Knowles. Her concern for the well-being of minorities was nurtured by her experience and her service to them became a lifetime interest. In 1974, she was recognized by NOW as Woman of the Year for Outagamie County.

Theater played an important role in her life, and her first performance in an Attic Theatre production was in 1964 when she was cast as the lead in The Desk Set. She also modeled for Grist Fur Store in Appleton in the early days of television. Many frequently asked that she share her legal expertise as a speaker throughout the area. “Lectures on Law for the Layman,” from 1975 to 1990, and serving as an instructor on wills at Fox Valley Technical College were among her projects.

Politics had been a lifelong interest and continued though her years in Appleton. She was the Vice President of the Outagamie County Republican Party in 1965 and again in 2000. Cody was active in the GOP Women’s Club, serving as its President in 1951.

She was a member of the State Bar of Wisconsin and served as the State Secretary of the individual Rights and Responsibilities Section in 1974. In 1999, Chief Justice Shirley Abrahamson presented her with the Wisconsin State Bar pin for 50 years of practicing law.

In 1986, Cody was elected the first female President of the Outagamie County Bar after having served for years on the Bar Executive Committee. She ran for City Attorney in the early fifties, but was defeated. She was the first woman to run for judge in Outagamie County and won the primary in the judicial race, but Judge Van Susteren prevailed in the general election. She served as a guardian ad litem for Outagamie County for many years. The 1980’s found her biography in several publications of Who’s Who of American Women.

Upon retirement from the active practice of law in 1994, Cody was appointed to the Outagamie County Board. She was elected in 1998 and 2000. In addition to the expected County Board duties of a Supervisor, she was also an enthusiastic Chair of the Outagamie County celebration of the Wisconsin Sesquicentennial Celebration. It involved becoming familiar with every town, village, and city in the county. Friends made in that endeavor, as well as all the other community activities, provided her with lifelong friendships.

In 1971, she and Harley served as Co-Presidents of the Highland PTA. Other organizations she was a member of included Attic Theater (for several performances), Fox Valley Girl Scout Council, Silver Cross Circle of the King’s Daughters, American Legion Post 38, Wednesday Book Club, Riverview Country Club, Town Club Dance Club, and American Association of University Women. She was also a charter member President of the Appleton Mid-Day Business and Professional Women’s Club and State Vice President of BPW in 1978.

In 2013, Cody was surprised and humbled by being designated as the Distinguished Woman of the Year by the Mid-Day Women’s Alliance of Appleton. In May of 2014 the Republican Party of Wisconsin, at its convention in Milwaukee, named her the recipient of the Alan E. Bovay Award for the 8th Congressional District. In celebration of the Bovay Award, the Outagamie County Republican Party hosted a party for her at the Butterfly Gardens of Wisconsin. The party was held on her 95th birthday and could not have been a better present.

In 2015, the Wisconsin Law Journal named Cody the Lifetime Achievement Award winner. In 2016, the Appleton Chamber of Commerce inducted her into its Business Hall of Fame.

Cody was grateful that her last years were filled with kind and generous gestures by her dear friends. It made those years just as great as all the rest.

Survivors include daughter Leigh Splitt and her husband David White. Cody was preceded in death by her mother Anne (Monahan) Wendt and husband Harley Splitt.

Online condolences may be expressed at www.wichmannfuneralhomes.com. In lieu of flowers, gifts can be made to the Harley and Cody Splitt Donor Advised fund of the Community Foundation of the Fox Valley Region, Inc.