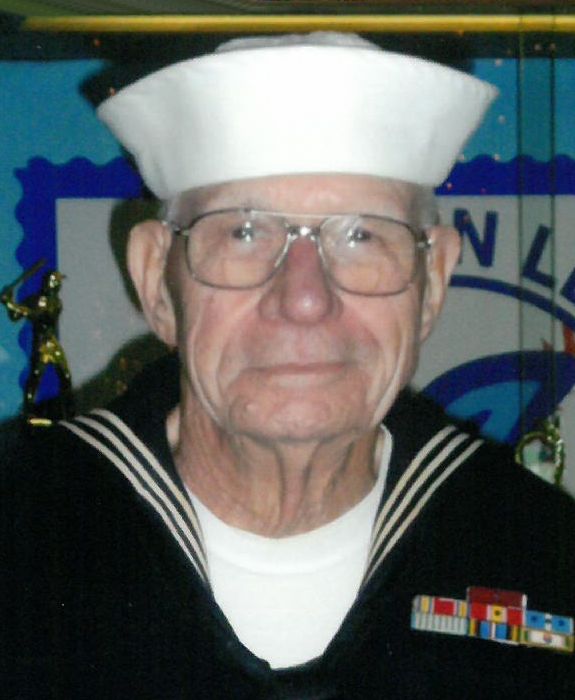 Clyde Jenkins, 88, of Appleton, passed away on Wednesday, May 30, 2018 at Theda Care Regional Medical Center in Appleton. Clyde was born on September 19, 1929 in St. Louis, Missouri, the son of the late Clyde and Velma Jenkins. He enlisted in the U.S. Navy in 1946 where he served during the WWII, Korean and Viet Nam eras. Clyde was the Navy Recruiter here in Appleton from 1964 until 1967 when he retired from the Navy and remained living here with his family.

Clyde had married Marcella Schwab, of Carlinville, Illinois in 1952 and they had four children, Gene, Connie, Debbie and Janice. Marcella passed away in 1975. He met a nice lady, Joan (Bambery) Killian and he married her in Kaukauna in 1977. He and Joan loved ballroom dancing and they danced thru 41 years of marriage. Clyde enjoyed bowling, golfing, camping, and traveling. They traveled thru most of the U.S. in their motorhome and spent 15 winters in warm climates.

Clyde’s biggest passion was marching in the Memorial Day and Flag Day parades for 45 years where he commanded the Scarlet Guard Color Guard, for 25 of those years. After he could no longer march in the parades he rode on a float every year.

Clyde was preceded in death by his parents, his first wife Marcella, a grandson Brian Weiss his sister Betty Jenkins and Joan’s daughter Karen Derks, and daughter-in-law Karen Killian.

The funeral liturgy will be held on Monday, June 4, 2018 at 11:00 AM at ST. THERESE CATHOLIC CHURCH, corner of Wisconsin and Morrison St. A time of visitation will be held on Sunday, June 3, 2018 from 3:00PM until 7:00 PM at the Wichmann Funeral Home and on Monday from 10:00 AM until the time of the service at the church. Interment will be in the St. Joseph Catholic Cemetery. Full military honors will be held at the cemetery following the funeral liturgy. Online condolences may be expressed at www.wichmannfargo.com. A memorial fund has been established in Clyde’s name for the Old Glory Honor Flight or charity of your choice.