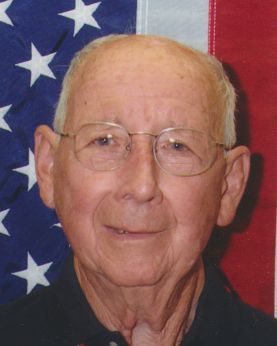 Clyde Klemp, age 87, of Appleton, passed away on Friday, June 13, 2014 at Appleton Medical Center with his loving wife at his side. He was born on September 6, 1926 in the Town of Rolling in Langlade County, the son of the late Louis and Leola Klemp. Clyde served his country in the U.S. Navy. On June 28, 1952, Clyde married the love of his life Eunice Grishaber at First Congregational United Church of Christ in Appleton. He was the owner of The Grill on Appleton Street for over 25 years. After retirement he worked at Memorial Florist and was a volunteer at Appleton Medical Center for 20 years.

A private memorial service for Clyde will take place at First Congregational United Church of Christ in Appleton. Rev. Jane B. Anderson will be officiating. Inurnment will be at Riverside Cemetery. Memorials are appreciated to Old Glory Honor Flight or First Congregational U.C.C. Online condolences can be offered at www.wichmannfargo.com.

Clyde's family would like to extend a sincere thank you to Dr. Michael Johnson, ThedaCare at Home Hospice, and the staff at Rennes Health Care Center for the care and compassion shown to us.