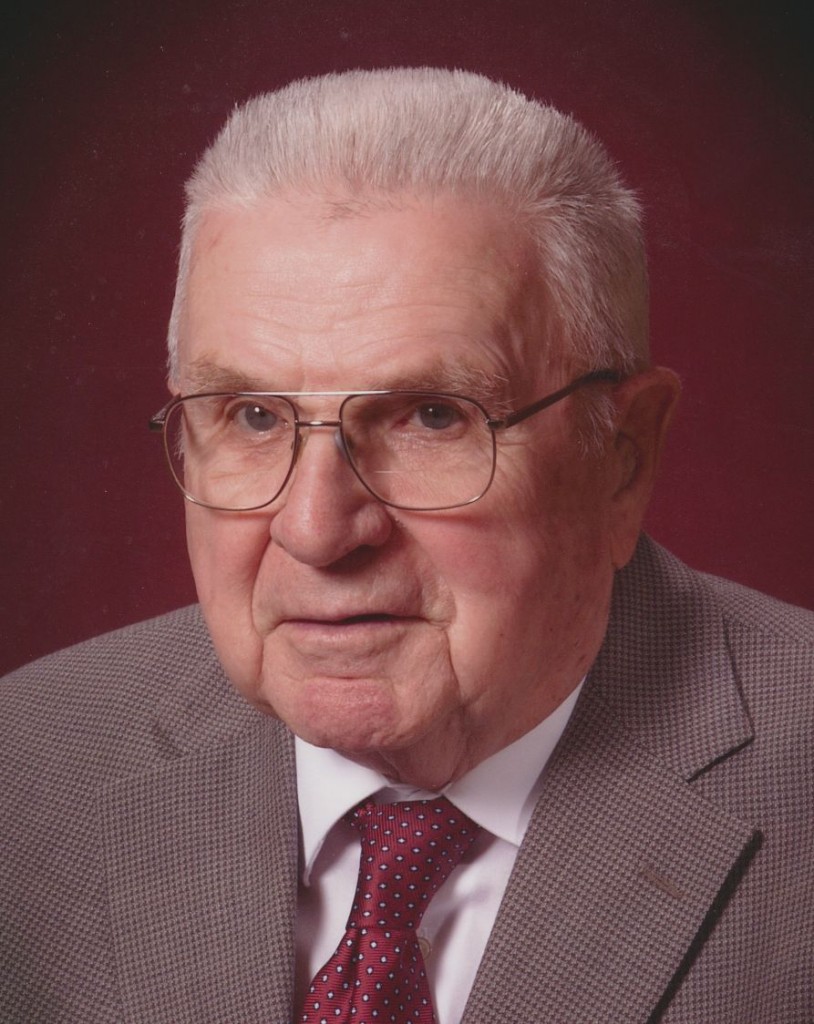 Clifford W. Broehm, age 89, departed this life and entered eternal life in heaven on Sunday, March 11, 2018. Cliff was born May 10, 1928 on a family farm in the Stockbridge area of Wisconsin. Growing up on the farm instilled the ethic of hard work and self-sufficiency that would serve him well in his life as a business owner. As a young man he worked for other farmers in the area and for a time was employed by the Greenville Co-op.

On August 5, 1950 he married Letha Mae Palmbach at Bethany Lutheran Church, Appleton, and their marriage continued for nearly 59 years until Letha’s death in 2009. God blessed their marriage with three children, six grandchildren and six great-grandchildren.

In 1951 Cliff was drafted into the armed forces, and proudly served in the Marine Corps for two years. In recent years he was privileged to fly on an Honor Flight to see the armed forces memorials in Washington, DC. “Once a Marine, always a Marine” was a proud part of his life.

In 1954 Cliff was a founding partner of Accurate Alignment and Frame Service of Appleton and managed its operation for 43 years. In all those years Cliff was proud of his wide ranging customer base and of how many technician families he cared for within the company.

In addition to his business interests, Cliff gave of his time to serve his church, both Bethany Lutheran Church of Appleton and Mount Olive Lutheran Church. Cliff gave evidence of his faith in Jesus through his regular worship attendance. When asked to serve as a leader he served as elder and congregational president. He also served as a lay member of the Board of Trustees of the Wisconsin Ev. Lutheran Synod.

Through their married life Cliff and Letha enjoyed a wide circle of friends. At the time of their wedding, their friends decided to form a card club. That club continued to meet every month for the next 50+ years. Bowling and golf, trips to Florida in the winter, and hunting and fishing were a part of his life. Cliff had an uncanny ability to harvest more than a few trophy deer, often taking the largest deer among his hunting friends.

He was preceded in death by his wife, Letha, his parents, an infant brother and sister, his brother Robert, his sister, Marion Westenberger, brothers-in-law, Herman Hemauer, Norman Kiefer, Gerald Palmbach, Earl Palmbach, Gilbert Henke, and by a grandson, Ryan Broehm,

A celebration of life in the Savior, Jesus Christ, will be held at 11:00 AM on Thursday, March 15, 2018 at Mount Olive Lutheran Church, 930 E. Florida Avenue in Appleton with Pastor Robert Raasch leading the worship. Visitation will be at the church from 9:00 am until the time of service. Full military honors will follow the service, and burial will be at Highland Memorial Park. “Blessed are the dead, who die in the Lord from now on.”

The family expresses their sincere appreciation to the skilled and compassionate care-givers at Touchmark, Touchmark-Meadows Memory Care, Living Tree Estates, and ThedaCare Hospice.

In lieu of flowers, contributions will be received toward a memorial for Mount Olive Lutheran Church.