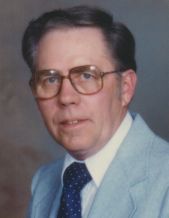 Clifford Jewell, age 93, passed away on Friday, March 10, 2017. He was born on November 27, 1923 to the late Wayne and Ethel (Luth) Jewell in Nebraska. After high school, Clifford served in the Air Corps during WWII. During his time in the military, he married Doris Frerichs in Utah and together they had five children. He worked for Baker Manufacturing for over 25 years. Clifford spent the majority of his free time on the golf course, deer hunting with his sons and grandsons, and enjoying old cars. He and Doris spent time over 40 years at their cottage on Chain Lake in Lakewood and spent their winters for ten years in Arizona.

He was preceded in death by his son, Thomas Jewell, and his brother, Don Jewell.

A prayer service for Clifford will be held on Monday, March 13, 2017, at 5:30 p.m. at WICHMANN FUNERAL HOME, 537 N. Superior St. Appleton. There will be a time of visitation from 4:00 p.m. until the time of the service. Online condolences may be expressed at www.wichmannfargo.com.

In lieu of flowers, there will be a memorial fund established in Clifford's name.