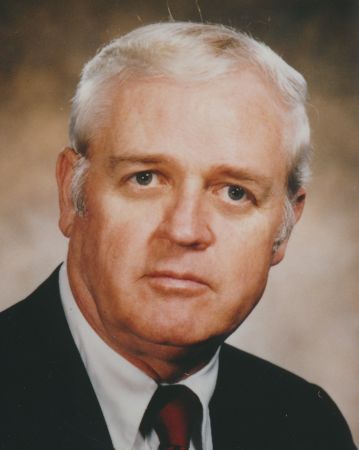 Cleon “Daze” Egan, 92, passed away peacefully on Wednesday, September 20, 2017. Daze was born on June 6, 1925 to David and Marie (Huss) Egan in Kaukauna. He attended St. Mary's Catholic School where he learned to play the violin and made many lifelong friends. While attending Kaukauna High School, Daze was an accomplished athlete, earning letters in football, tennis and was captain the track team. After high school he joined the US Navy and served in the Pacific during WWII from 1943 through 1945 seeing action at Leyte Gulf and Okinawa. Throughout his life he kept in contact with the shipmates he served with and was very proud of his time served. On December 29, 1948, he married Betty Smith at St. Joseph's Church in Appleton. He attended the University of Stevens Point and UW Madison where he studied Economics. Cleon's quick wit, competitive nature and strong work ethic, earned him a long and successful career in sales starting at General Mills and retiring from Albany International. During his career, he received many sales awards and was often named “Salesperson of the Year”. While working at Albany International, he developed a patent for a special paper making process. Cleon was president of the Kaukauna Library Association, a member of the Elks Club, VFW, PIMA, and TAPPI. Daze was extremely proud of his Irish heritage, traveling to Ireland with Betty and hosting an annual and well attended St. Patrick's day party. Daze loved the outdoors and spent much of his spare time in Northern Wisconsin, later building a cottage in Three Lakes, where he loved fishing and spending time outdoors with his children and friends. Later, Daze and Betty spent their retirement years wintering in Sedona, Arizona. He was also a long time member of the Fox Valley Golf Club and Butte des Mortes Country Club. Daze loved his wife Betty deeply and had missed her terribly since her passing. Their life together was full of love and adventure. A devoted and loving father and grandfather, he was most proud of his children and grandchildren. They all share many special memories of his lively fun loving nature, especially his singing of his favorite song, Ace in the Hole.

Cleon was preceded in death by his parents, his wife Betty and his sister Marian (Giles) Mennen, and his mother-in-law Anne Marvin

The funeral liturgy for Daze will be held on Tuesday, September 26, 2017 at 11:00 am at ST. KATHARINE DREXEL PARISH, ST. MARY CHURCH, 119 West 7th Street in Kaukauna with Fr Jim Vanden Hogan officiating and Deacon Steve Vande Hey assisting. Friends and family may gather for visitation at the church on Tuesday from 9:30 to 11:00 am. Online condolences may be expressed at www.wichmannfargo.com. The family would like to thank Heartland Hospice, especially Bill and Mike and the staff at Senior Helpers for their compassionate care.