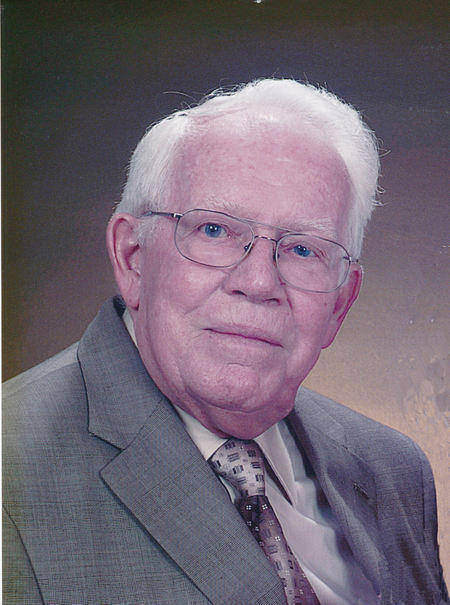 Clement J. (Bud) Wolf, age 92, passed away on Friday, September 13, 2013 at Brewster Village. Bud was born on December 27, 1920 in Appleton to Louis and Hilda Wolf. He married the love of his life, Gladys Cotton, on February 16, 1946 at Zion Lutheran Church. They spent 66 wonderful years together before Gladys passed away on October 1, 2012. Bud was a proud Army Veteran of WWII, spending 5 years overseas. A special memory for him was going on the Old Glory Honor Flight in 2010 with his son-in-law, Steve Alstad.

Bud had an amazing working career at Automotive Supply Co., where he worked a total of 66+ years, working his way up to manager of the Neenah store, and later Sport-O-Motive, and later as area salesman. Bud and Gladys enjoyed traveling around Wisconsin, vacationing in Florida, dining with friends, and spending time at their getaway at Lake Noquebay.

A funeral service for Bud will be held at 11:00 a.m. on Monday, September 16, at Our Saviour's Lutheran Church, 3009 N. Meade Street, Appleton. A time of visitation will be held at the church from 9:00 a.m. until the time of the service. Entombment will be at Highland Memorial Park Cemetery.

A memorial fund is being established for Our Saviour's Lutheran Church. The family would like to thank the staff and nurses at Appleton Retirement Community, Brewster Village and Southern Care Hospice for their loving care of Bud.