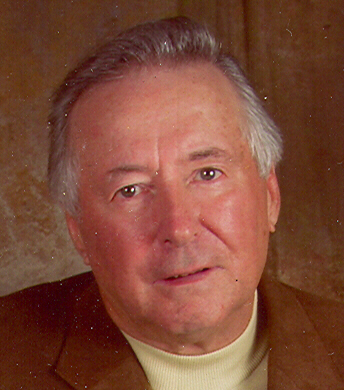 Clark Leo Appleton, age 66, of Kaukauna, died peacefully at his home on Saturday, January 5, 2008. He was born September 6, 1941, to the late Chester and Elizabeth (Weiland) Appleton, in Appleton. Clark married Carol Fritsch on November 24, 1979, at St. Nicholas Catholic Church in Freedom. Clark farmed all of his life with his brother, Chuck. He put his whole heart and soul into farming. He was a 4H member in his younger years and won many blue ribbons and won a grand champion ribbon for a cow he showed at the State Fair. He was a member of FFA and Farm Bureau Association. He loved country and polka music. Clark loved the countryside and would many times just get in the truck and drive around. We wish to thank the family, friends and neighbors for their helpfulness and for taking and giving Clark the opportunity to get out of the house when he was no longer able to drive to the places he loved. Clark is survived by his loving wife, Carol; his daughter, Sabrina Schmidt and two grandchildren, Elizabeth and James Schmidt. He is also survived by two brothers, Tom (Flora) Appleton; Dan (Nancy) Appleton; and a sister, Betty Appleton. He is further survived by his wife’s family, Jerome (Carol) Fritsch; LeRoy (Mary Lou) Fritsch; Bernard (Sandy) Fritsch; Robert (Helen) Fritsch; Chuck (Connie) Fritsch; Patricia (Joseph) Rickert; and Nancy (Robert) Van Boxtel. He is also survived by nieces and nephews. He was preceded in death by a brother Chuck and a sister, Pat Sutliff. The funeral liturgy for Clark will be held at 11:00 am Saturday, January 12, 2008, at St. Nicholas Catholic Church, W2037 County Road S, Freedom, with Father Dave Hoffman and Father Paul Paider officiating. Burial will be in St. Nicholas Cemetery. Friends may call at the church on Saturday from 9:00 am, until the time of the mass. A memorial fund is being established.

A special thanks to Dale Vande Voort for helping Clark and the family throughout the years and also many thanks to the ThedaCare at Home Hospice caregivers.