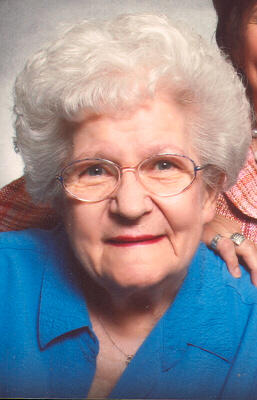 Age 84, passed away after seven years of residence at Manor Care in Appleton, where she was the self-elected ambassador of good will, on Saturday, June 19, 2010. She was born in Kaukauna on April 21, 1926, the daughter of the late Anthony and Mary (Pennings) Derus. Clarine graduated from Kaukauna High School in 1944 and helped run a music store with her former music teacher, Lucille Austin, in Sheboygan, for five years. She then attended Milwaukee Beauty School in Green Bay, leading to many years of working with the Wonders sisters from Little Chute. Later she managed Appleton's Regis Hair Salon. Clarine was married to Marvin Miller for 46 years. He preceded her in death in 2002. Clarine's hobbies included gardening, music and reading. Much of her life was devoted to being a caregiver for her family and friends.

The funeral liturgy will be at 11:00 a.m. on Tuesday, June 22, 2010, at HOLY CROSS CATHOLIC CHURCH, 309 Desnoyer St., Kaukauna, with Fr. Jim Vanden Hogan officiating. Friends will be received at the funeral home on Monday from 4:00 p.m. until 8:00 p.m. and at the church on Tuesday from 10:00 a.m. until the time of the service. Burial will be in Holy Cross Cemetery, Kaukauna.

The family wishes to extend a special thank you to the numerous health care providers who gave her such loving and quality care at Manor Care, Heartland Hospice, and Affinity Health System, along with her friends at Manor Care who will dearly miss her.

In lieu of flowers, a memorial fund in Clarine's name is being established.