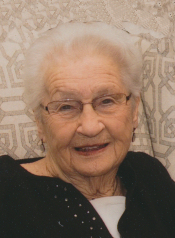 Clarice Kronser, age 94 of Appleton, passed on April 12, 2021.  Clarice was born February 15, 1927 in Iron Mountain, Michigan, daughter of the late Manley and Erna (Lange) Burt.  She was a 1944 graduate of the Appleton High School, and as a young woman worked as a telephone operator.  She married Joseph Kronser on November 18, 1950.  Joe preceded her in death in 2016.  She was employed by Gimbel’s Department Store while her children grew, and also did some bookkeeping for her husband’s company, Fox Oil and Gas Company.  In 1981, the couple purchased J & C’s Shopping Cart, a supermarket in Suring.  They relocated to The Villages, Florida in 2000, and returned to Wisconsin in 2013.  Over the years, she was involved with many social groups, including the Red Hat Ladies, St. Vincent de Paul, and as various  church activities.

Clarice is survived by six children: Liz (Mike) Malchow of DePere, Chris (Ann) Kronser of California, Jeanne Moreno of Keshena, Jeff (Laura) Kronser of Oregon, Wisconsin, Carrie (Pat) Hawley of Appleton, and Bob (Wendie) Kronser of Greenville.  There are also seventeen grandchildren, and nineteen great-grandchildren (with three more on the way!), and several nieces and nephews.  She was preceded in death by her parents, husband Joe, Joe’s parents, a great-granddaughter Addison Arft, and her seven siblings.

The service for Clarice will be for the family only, but a public visitation will be held at the Wichmann Funeral Home, located at 537 N. Superior Street in Appleton on Friday, April 23, from 11:30 AM until 1:00 PM.

The family would like to offer their thanks to the loving angels from Heartland Hospice for their care of Clarice.  We will always remember your kindness.

In lieu of flowers, memorials may be directed to the Alzheimer’s Associate or to Brewster Village.