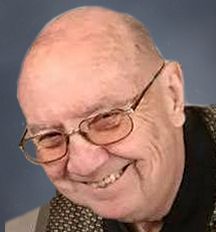 Clarence J. “Sonny” Lotzer, Jr. passed away peacefully August 6, 2018, surrounded by family. He was born June 27, 1939 to Clarence Lotzer Sr. and Florence (Cepelic) Lotzer in Menasha, Wisconsin. Clarence had been a resident of Neenah, Wisconsin for 46 years. He graduated from St. Mary's Central High School with the class of 1957, was a member of the football team and later served as coach of both their football and track teams. He was a graduate of UW-Oshkosh and a member of the National Guard 32nd Division. Clarence married his wife of 54 years, Helen (Verbrick) Lotzer in 1964 and they have one daughter, Jennifer Smith. Both huge sports fans, they enjoyed attending many football, baseball and basketball games, cheering the Packers, Badgers, and Brewers on with family, which was most important to him. He was a loving and supportive husband to Helen and an awesome Dad who attended all Jen's events – from softball games to ballroom dance. He also loved his cats Buttons J. and MacGwire, and his grand-cats George and KG2.

Clarence retired from Appleton Papers in Combined Locks in 2002, after 21 years as Superintendent of Shipping and Finishing. He previously worked for 16 years at Job Service. His attention to detail and his ability to relate to and care about the people who he worked with made him an amazing friend and boss.

Family and friends are invited to visit at Wichmann Funeral Home, Laemmrich Chapel, 312 Milwaukee Street in Menasha on Sunday, August 12, from 3:00 PM until the time of the parish prayer service at 5:30 PM. (Packer, Badger, and Brewer attire is encouraged) The funeral mass for Clarence will be held at 9:30 AM on Monday, August 13, at St. Mary's Catholic Church, 528 Second Street in Menasha. A memorial fund has been established.

Clarence's Family would like to give a special thanks to Julie File from St. Paul's Elders Memory Clinic, Lori Jaeger, Jeanie Verbrick, Donna Jahnke, Tim and Sharla Jahnke and their family, Deb and Gary Winters and their family, Ellen Jahnke, and Kate Flynn, as well as the rest of the Verbrick Family for becoming such a wonderful part of his life.