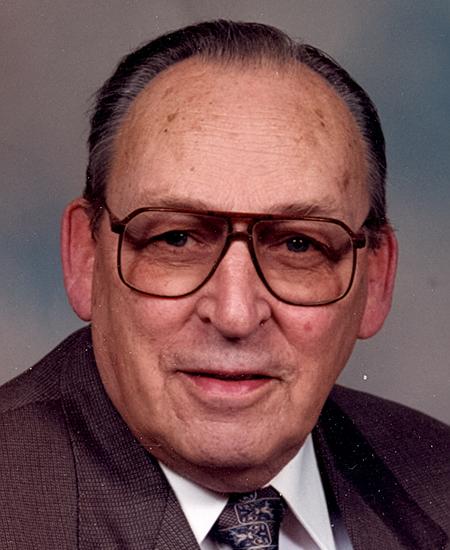 Clarence ‚ÄúCal‚Äù De Bruin, 88, of Kaukauna passed away on Monday, November 8, 2010 at the Appleton Medical Center. Cal was born on October 6, 1922 to Albert and Susan (Schommer) DeBruin. Cal was a life long resident of the Kaukauna area. He served in the U.S. Army during WWII in the European Theater and received 3 Bronze Stars and a Purple Heart. He married Joan Derus on May 15, 1946. He retired from Thilmany after over 35 years working there. He loved to sing and was very musically talented, singing in the McDowell Male Choir, St Aloysius Choir and serving as the choir director. Cal was also active at St. Aloysius and in the Green Bay Diocese, serving as the Diocesan choir director and on the Liturgical Committee. He was an avid reader, and enjoyed baking and cooking. Most of all he enjoyed his family and spending time with his children and grandchildren. He was a member of St Aloysius and the VFW.

A Mass of Resurrection for Cal will be held on Friday, November 12, 2010 at ST. KATHARINE DREXEL PARISH, ST. ALOYSIUS CHURCH (2401 Main Avenue) at 12:00 PM with Fr. Jerry Pastors officiating. Friends may call on Friday, from 11:00 Am until the time of services at the Church. In lieu or flowers memorials may be made to the American Diabetes Association or the Juvenile Diabetes Association.