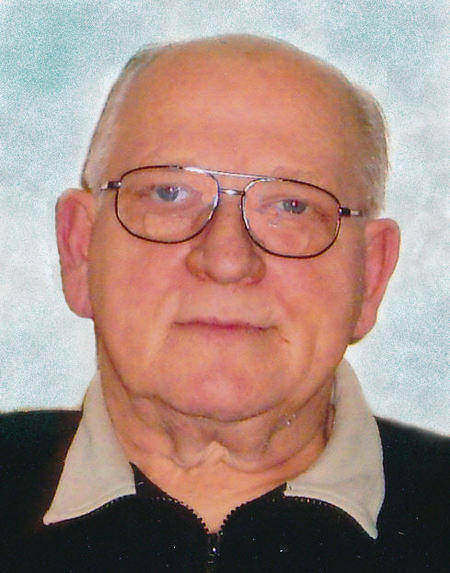 Clarence J. “Butch” Pleau, age 69, of Appleton, has gone home to be with our Lord, passing away at Appleton Medical Center on August 30, 2012. Butch was born on June 15, 1943, in Milwaukee County, to the late Clarence and Bernice (Schicantek) Pleau, Sr. He was raised by his mother Bernice and his step-father William Strenge, whom he was very close to. Butch was employed by the Carl Bobke Pipe and Tube Bending Company and also the R.B. Wagner Company as a supervisor. He enjoyed camping all of his life and taking trips with Gloria Up North to their trailer. Butch also enjoyed stock car races, sprint car races and time spent riding his Goldwing motorcycle. He spent a lot of time building and fixing motors as part of a pit crew. Butch also enjoyed cooking, especially at Thanksgiving when he prepared the turkey and fruit pies for dessert. He was member of Center Emmanuel United Methodist Church and spent many fun times with the men of the church at the monthly breakfasts. He is survived by his wife, Gloria; his daughter, Bonnie (David) Paul; his son, Mark (Lisa) Pleau; his step-son, Bryan Waters; his grandson, Steven Paul; his granddaughter, Chloe Waters; his three step-grandchildren, Michelle, Nicole, Kyle Karbouski; and four great grandchildren; his sister, Jackie ( Roy) Flores; and brother, Doug (Marna) Pleau. He was preceded in death by his parents and step-father; his sisters, Patsy Eder and Darlene Kruschka. Funeral services will be at 11:00 a.m. on Saturday, September 1, 2012, at CENTER EMMANUEL UNITED METHODIST CHURCH, N3896 Hample Road, Black Creek, with Rev. Loretta Waegli officiating. Friends may call directly at the church on Saturday from 10:00 a.m. until the time of services. In lieu of flowers a memorial has been established in his name. The family would like to express a sincere thank you to the Center Emmanuel United Methodist Church family for all their concern and help during this difficult time. Online condolences may be offered at www.wichmannfargo.com