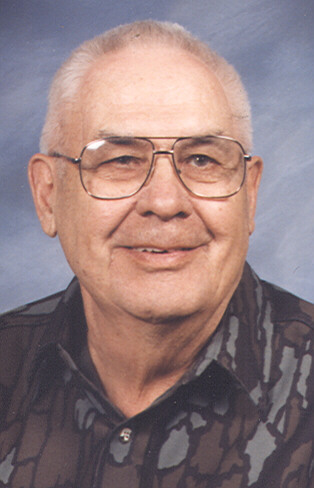 Clarence Voigt, of Appleton, age 92, passed away on Thursday, November 26, 2009. He was born on September 4, 1917 in Dale, the son of the late Mylon and Rose (Schafelke) Voigt. On July 30, 1938 he married Elizabeth Mitchell at St. Joseph Catholic Church, Appleton. Clarence served his country in the U.S. Army during WWII in the Pacific Theatre, mainly in New Guinea and the Phillipines. He was wounded twice and received the Purple Heart. Clarence was a lifetime member of the Johnston-Blessman Post 38 American Legion and the Disabled American Veterans. He retired October 1977 from CW Transport after 30 years of service. Clarence and Fr. Schmidt formed the Fox Valley Chapter of the St. Vincent de Paul Society in which he later became president. He was also the cofounder of the Palisades Park Baseball League. Clarence enjoyed the outdoors, and was an avid hunter and fisherman. His family was very important to Clarence, and they enjoyed traveling and camping throughout the United States.

The funeral liturgy for Clarence will be held at 11:00 am on Wednesday, December 2, 2009 at SACRED HEART CATHOLIC CHURCH, 222 E. Fremont Street, Appleton. Father Robert Karuhn will be officiating. Burial will take place at St. Joseph Catholic Cemetery. The visitation will be held on Wednesday at the church from 9:00 am until the time of mass.

The family would like to express their gratitude to the staff at Manor Care and the Appleton Retirement Community. Also, special thanks to the staff at the Golden Basket and the “breakfast club” for all your warm conversation and care to Clarence.