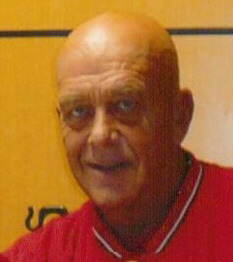 Clarence A. Yunk Jr., 67, of Menasha passed away on Tuesday, August 25, 2009 surrounded by his family at the Appleton Medical Center. Clarence was born on October 12, 1941 to Clarence Sr. and Elaine (Van Vreede) Yunk in Appleton and graduated from Kimberly High School in 1960. After high school, Clarence spent 6 years in the National Guard. He worked for Appleton Papers for over 30 years and also was a volunteer at the Theda Clark Medical Center. Clarence was an Avid Packer Fan and also enjoyed golfing and playing cards, especially cribbage. He lived life in the fast lane and spent time driving his corvettes. Most of all Clarence was always there for family and friends when they needed a helping hand. Clarence is survived by his two sons Zane and Brett Yunk, Appleton, his mother, Elaine Yunk, Kimberly; 4 brothers; Gary (Pam) Yunk, Alladin, WY; Dennis Yunk, Hermansville, MI; Tom (Cindee) Yunk, Shiocton and Rick (Jean) Yunk, Kimberly; his sister Debbie (Keith) Weyers, Kimberly. He is further survived by a brother-in-law Bob Smith, Appleton; the mother of his sons Linda Green and nieces, nephews, other relatives and many friends. Clarence was preceded in death by his father, Clarence Sr, and a sister, Karen Smith.
A memorial service will be held on Friday, August 28, 2009 at 7:00 pm at the WICHMANN FUNERAL HOME, TRI-COUNTY CHAPEL, 3212 S. Oneida St. Menasha with Chaplain Jordan Kuczwara officiating. Friends may call on Friday, August 28, 2009 from 4:00pm until the time of services at the funeral home (Packer attire is appropriate in honor of Clarence). The family would like to extend a special thank you to the staff and doctors at the ICU at Appleton Medical Center and his family and friends for their care and support during this difficult time.
“GO PACK GO”
Wichmann Funeral Home
Tri County Chapel
Appleton, WI 54915
920-831-9905
Online Condolences