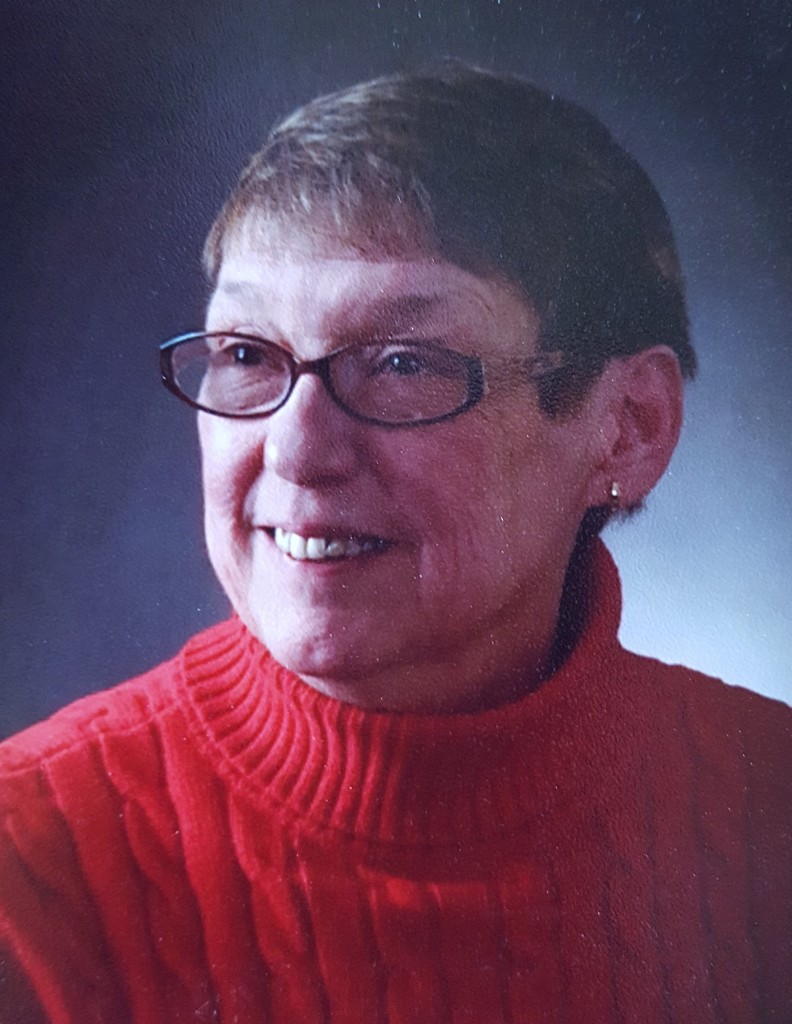 Cindy Tonette DuChateau joined her heavenly family on the early morning of November 10th, 2019 at Appleton Medical Center. She was born August 10, 1947, the oldest child of Lois (Parfit) and Harlin Neuman, of Scandinavia, WI. The family moved to Appleton when she was in high school, and she graduated from Appleton West High School. Shortly after she graduated, she met and married an Appleton man, James DuChateau. The couple settled in Kimberly. Later, they were blessed with a son, Nathan.

As well as supporting her husband’s remodeling business, Cindy worked at Integrity Insurance in Appleton, before landing a job at Kimberly Public School as a Secretary. She looked forward to greeting the little sweet faces everyday and enjoyed that job for over 20 years. Post retirement she continued caring for Kimberly’s little ones and spent a couple hours a day working for the YMCA after school program.

Many in the community know Cindy for her big heart. Without fail she would show up to the post office, doctors’ office, school, or dentist with freshly baked cookies or her popular Crispix mix. Keeping in touch was her gift; with a well-timed phone call, greeting card, or letter containing her famous poems, she touched so many.

Cindy is survived by her son, Nathan DuChateau, her nieces, Heidi Thoe-Rutherford and Amy Hollrah, nephew, Erik Thoe, and Richard Thoe. She also left behind many friends and colleagues—namely her best friend, JoAnn Rosenthal. She is preceded in death by her parents, her sister Kristy, her husband, Jim, and mother and father in-law, Ervin and Delores DuChateau.

The memorial service for Cindy will take place at 11:00 am on Saturday, November 16, 2019 at CHRIST THE KING, 601 S. Washington St., Combined Locks, with Pastor Dara Clifford officiating. Visitation will be held from 9:00 am until the time of service. Online condolences may be expressed at www.wichmannfargo.com. In lieu of flowers, a memorial in Cindy’s name will be established.

The DuChateau family would like to thank all her friends for their love, support, and prayers though out the years.