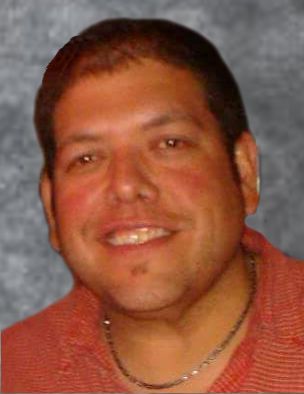 Christopher Tennyson, age 42, of Menasha, passed away at his home on Tuesday, March 29, 2016. Christopher was born on January 9, 1974, In Saginaw, Michigan, to Clarence and Linda (Schmitz) Tennyson. He enjoyed hunting and fishing, creating meals for his family and friends, and music—especially the music of the Grateful Dead.

Survivors include his parents, Clarence (Susan) Tennyson, and Linda (Michael) Everson; his maternal grandparents, Robert (Gladys) Schmitz; and many step-sisters and step-brothers, other relatives and friends. He is further survived by his Goddaughter Jada Van Stippen, his best friend Laurie Van Stippen, and his constant companion Marley. Christopher was preceded in death by his paternal grandparents, Clarence (Loretta) Tennyson and his cousin Mike Allender.

Memorial services for Christopher will be at 2:00 p.m. on Monday, April 4, 2016, at WICHMANN FUNERAL HOME, 537 N. Superior Street, Appleton, with Rev. Chad Starfeldt officiating. Friends may call directly at the funeral home on Monday from NOON until the time of services. A memorial has been established in his name. Online condolences may be offered at www.wichmannfargo.com