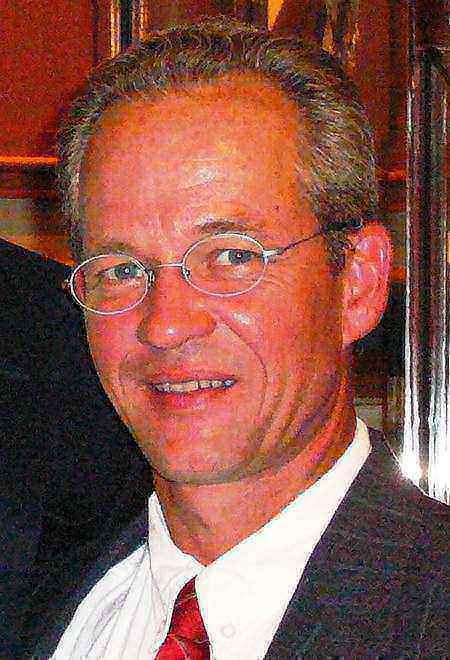 Christopher R. Olsen
Age 47, passed away on January 3, 2010. He was born in Seattle, WA on January 12, 1962, son of Lawrence & Mildred Olsen. On October 3, 1987 he married Joan Polakowski at First English Lutheran Church, Appleton. Chris was employed at Chem Lawn in IL as Manager of the Tree & Shrub Division for 6years. He then worked at PepsiAmericas in Oshkosh as a Account Sales Manager for 13 years.
Chris loved the outdoors. He always looked forward to hunting, fishing, camping and gardening. Chris deeply cherished his daughters, Emily and Rachael, and instilled a true passion for wildlife in them. He and his family belonged to Challenge-the-Outdoors and enjoyed many of their activities. He was happiest when appreciating nature with his family and his dog, Kia. He treasured many wonderful friendships and gave so freely of himself in all relationships. His life centered around his faith, family, and those he loved so dearly.
Chris is survived by his wife: Joan of Combined Locks, daughters: Emily and Rachael of Combined Locks, mother: Mildred Moore of Oshkosh, brothers: Larry (Cheryl) Olsen of Waunakee, WI, Peter Olsen of Seattle WA; sister: Jennifer (Paul) Yau of Boyds, MD; mother and father-in-law: Bob and Lena Polakowski of Kimberly; brothers-in-law: John (Cary) Polakowski of Neenah, Tom Polakowski of Fond du Lac, Jim (Marta) Polakowski of Rockton, IL; sister-in-law: Nancy (Jerry) Kobussen of Little Chute; nieces and nephews: Jessica, Katie, Matthew, Christopher, Andrew, Cyndi, Lori, Becki, Angie, Anthony, Amanda, Brian and Tim; and Kia. Chris is preceded in death by his father: Lawrence Olsen; step-father: John Moore; and brother-in-law: Paul Polakowski.
The Memorial Service will be at 11:00 a.m. on Friday, January 8, 2010, at Christ the King Lutheran Church, 601 S. Washington Street, Combined Locks, with Sr. Pastor Bill Schroeder and Associate Pastor Tim Krick officiating. Friends and family will be received at the church from 9:30 a.m. until the time of the service.
In lieu of flowers, a memorial fund in Chris' name is being established.