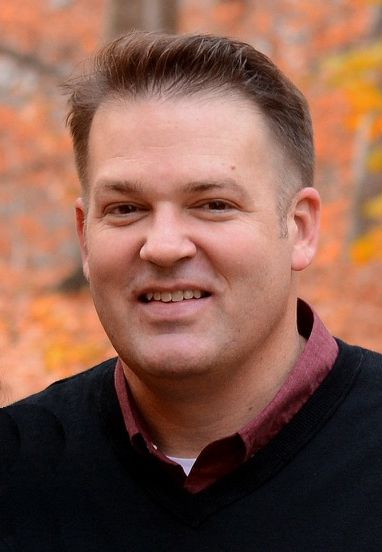 Christopher Philip Ott, lovingly known as “Otter” by his nearest and dearest friends, passed away on June 30, 2017.

Chris was an amazing husband, wonderful father, and a loyal friend. Chris always put others needs ahead of his own. He was a quiet man with a heart of gold and was always quick with a one-liner. Chris was passionate about his Green Bay Packers, Michigan State Spartans, and his golf game. He enjoyed spending many evenings at the movie theater with his kids watching the latest action movie. Chris enjoyed cooking and was quite proud of his baking skills – he made a mean chocolate chip cookie and made his wife a cheesecake every year for her birthday. Chris spent his early years in Manistique, Michigan and later moved to L’Anse, Michigan as an adolescent. He graduated from L’Anse High School in 1990 and Ferris State University in 1994. In 1995 Chris married his high school sweetheart and they made Appleton their home. Chris worked at a few local banks before starting his 20 year career at Thrivent Financial.

Chris is survived by his wife: Beth (Brogan), and two children: Abigail and Carter. He is further survived by his father: Philip, step-mother: Sandy; sister: Andrea (Robert) Smith; and brother: Jon Ott and special friend Carol Heiser. Chris is also survived by his in-laws: Dennis and Pam (Sayotovich) Brogan; Dennis and Jennifer (Brogan) Lundy; Joseph and Laura (Kahila) Brogan; along with several nieces and nephews.

A funeral Mass will take place on Thursday, July 6, 2017 at 11:00 a.m. at St. Thomas More Catholic Church, 1810 N. McDonald Street in Appleton. Fr. Jim Lucas will preside and Deacon Ray DuBois will assist at the mass. Family and friends are invited to gather directly at the church on Thursday morning from 9:00 a.m. until the time of the mass. Interment will take place at Riverside Cemetery at a later date.