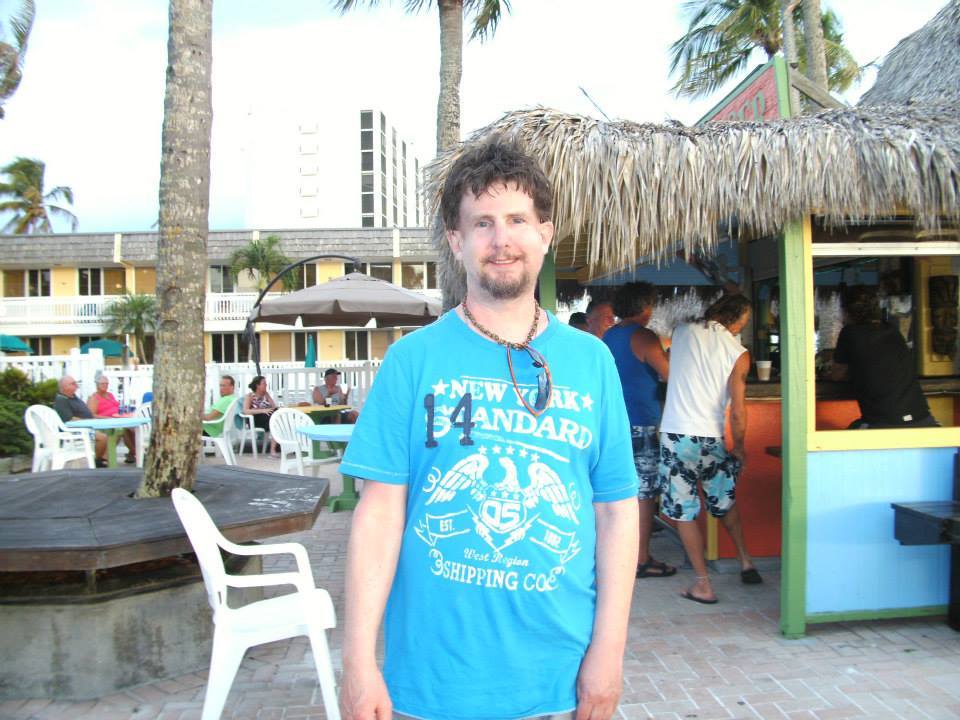 Chris died unexpectedly on June 15, 2014 the result of natural causes. He was born July 27, 1966 in Evanston, Illinois the son of Richard H. and Nancy H. Griesser. The family moved to Menasha, Wisconsin where he graduated from Menasha High School, Class of 1984. During his first grade year Chris had brain surgery for a craniopharyngioma. This was followed by radiology treatments and later with monthly trips to Michael Reece Hospital in Chicago for injections of human growth hormones. During his high school years Chris was the manager of the Blue Jay football team. Upon high school graduation Chris went on to Fox Valley Technical college where he earned an associate's degree in computers. Later he took printing courses there. Chris worked for Banta Corporation early in his printing career and at Bemis Corporation in Oshkosh his last 12 years. He was very happy working at Bemis. Chris was a die hard, knock'em dead Packer fan. He liked the Brewers but never with the intensity he had for the Green and Gold. He enjoyed deer hunting with his friends and this year for the first time he got his deer. How proud and happy he was when he shared his venison with his friends. Several years ago he got into fishing, really enjoying it until his boat broke. He loved just having fun. Outdoor cooking was a favorite activity…Bay Beach and the Zippin Pippin were high on the list of things to do. Golf was one of his most important summer activities. He relished league play with his brother, Rick, on Wednesdays. Each Wednesday meant a call to his dad to give him a shot by shot rundown of the night's game. Chris loved life and he loved people. Chris also had a very special relationship with his mom and they were close right up until her passing. On Valentine's Day, February 14, 2014 Chris and Sue Tesch Kerrigan became engaged. Chris had met the love of his life and there was no way he was going to let her get away. Chris faced a lot of adversity in his life, but his smile never left him nor did he ever complain.

Chris was preceded in death by his mother Nancy Fyfe and brother-in-law William F. Kennedy, MD, and Chris's cat Sneaky.

There will be a celebration of Chris's life on Tuesday June 24, 2014 from 9:30 am to 11:30 am at Wichmann Fargo Funeral Home, Tri-County Location. Memorial Service will be at 11:30 am at the funeral home. For more information and to express condolences, please visit the online guestbook at www.wichmannfargo.com. In lieu of flowers and other expressions of sympathy, a memorial fund has been established.