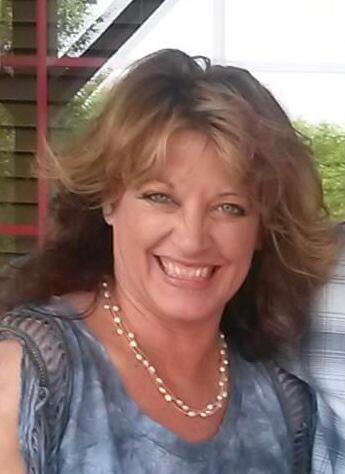 Christine Demeter, age 56, of Appleton, Wisconsin, faithfully passed on to her heavenly healing on July 3, 2021. She fought the rollercoaster battle against ovarian cancer for four years.  Daily she would smile, pray, and declare that she would do “One hard thing”.  She continually blessed and thanked her caregivers and doctors and asked, “How can I pray for you?” We were all so blessed to share time with her and witness her tenacity for Jesus and glow for God.  Our loss now is heaven’s gain, and we look forward to our reunion in heaven.

Christine was born on August 24, 1964, in Frankfurt Germany, the daughter of serviceman Don Glastetter and his wife Dorothy. Within nine months of her birth, the family moved back to settle down as Illinois farmers. Almost fifteen years later, this young lady helped to raise and mentor her four younger brothers after her mother passed away until her stepmother Judy took over for her. This was the beginning of her self-sacrifice to serve and assist others.  After high school she married her sweet-heart Jim Demeter, and throughout the ensuing 38 years, she continued to serve, mentor, and teach not only her three sons, but also others in need.

Christine was placed on this earth for such a time as this:  To take in three youths in need, day-cared children from broken families, mentoring young women in the ways of being a Godly woman, wife, and mother.  She would accept calls at any time listening to those in need of counsel, asking “How can I pray for you?”

Chris had many occupations in her life; packing cheese at Kolb-Lena Cheese Company, hairdresser and salon owner in Stockton, IL for eight years, a chef at Perks and Peppercorn in Monroe, WI and at Familiar Grounds in New London, WI, and cleaning and home visitation for the elderly. Her most important earthly jobs were home schooling her three sons for 20 years, being a wife to Jim, and caring for extended family members.

With the many roles she fulfilled, Christine still maintained a focus on the ministry needs that God brought before her including the Mother’s Group in Stockton, IL; Prison Ministry in Waupaca County, and nursing home visitations in Lena, IL, New London, and Monroe, WI. In New London she and her sons served the St. Joseph Residence for twelve years and the facility awarded them as first recipients of a new “Spirit Award”.

Chris is survived by her loving husband of 38 years, Jim; her sons Nate (Brooke), Darrell (Rachel), and Austin (Amber), her grandson Zayden. Christine shared “I remember praying every night that I would be raising young men, and not boys.”  Christine is further survived by her parents Don and Judy, and numerous friends and other relatives.

Christine’s family invites you to a Memorial Celebration of Christine’s life on Saturday July 17th at 1:11 PM at the Mill City Church, 120 N Lake Street, Neenah, WI 54956 with Pastor Aaron Martindale and Pastor Stephen Spence officiating. Visitation will be held at the church from 11:11 AM until the time of services. To share a memory of Christine and offer a prayer, please visit wichmannfuneralhomes.com.

To each of you, as Christine would exhort, “What is the One Hard Thing that I can accomplish today?”  Carpe Diem, and “God bless you!”