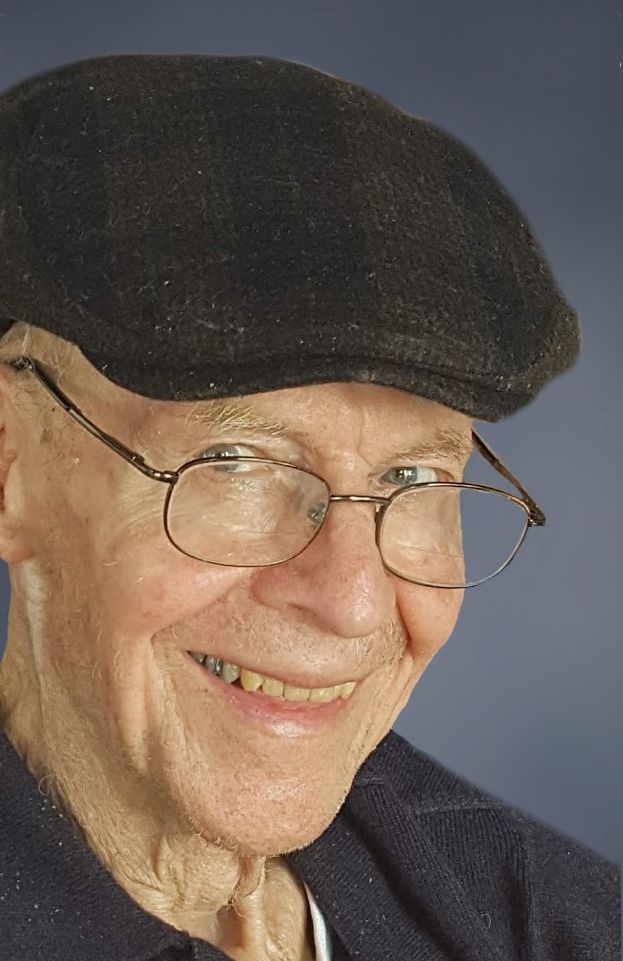 Chester Edwin Steiner, 97, of Appleton, passed away on February 18, 2019 in the presence of loved ones. He was born November 6, 1921 and was a lifelong resident of Appleton. Chet was the youngest of ten siblings born to William and Ella (Daughterman) Steiner. He married Grace Fahrenkrug on September 1, 1943. She preceded him in death on July 25, 2011 after 68 years of marriage.

Chet is survived by two children: Rita Van Groll of Appleton and Jeannie (Bruce) Hannemann of Kaukauna; four grandchildren: Patrick Van Groll, Jenny (David) Morales, Angela (Michael) Rust, and Becky (Adam) Lange; and twelve great-grandchildren. He was also preceded in death by his infant son, James Chester, nine siblings and their spouses, along with many other family and friends.

Chester was a proud Marine Veteran. He was one of the first injured in the Marshal Islands during World War II and received an honorable medical discharge. He was a true patriot and proudly flew the American flag, always taking off his hat and putting his hand over his heart in respect during the Pledge of Allegiance, National Anthem, or its passing in a parade.

Chet was an electrical contractor and operated Modern Electric Company. He was a born handyman and took pride in troubleshooting any home maintenance project. He was always tinkering with something. He built his first car at age 16 and continued to enjoy automobiles his entire life. He enjoyed sharing his talents, skills, and wisdom with others. His motto was “analyze everything” and he would share his philosophies of life with anyone who would listen. He took great pride in his family and home. Together with Grace, they made their cottage on Lake Winnebago the center of many family activities. He loved to fish and enjoyed boating. He was a member of the Coast Guard Auxiliary. He was a skilled photographer and had a darkroom in his homes. Photography and the enjoyment of pictures were his way to celebrate life. He won many trophies for golf and bowling in numerous leagues. He was active in the Reid Golf Course Advisory Committee. He was a man of great faith in the “Good Lord,” not only active in his parish, but always pointing out the beauty of God’s creation around us.

A Mass of Resurrection will be celebrated at 11:00 AM on Saturday, February 23rd at St. Bernard Parish, 1617 W. Pine Street, Appleton with Fr. Kyle Sladek officiating. Friends may visit at Wichmann Funeral Home, located at 537 N. Superior Street in Appleton on Friday, February 22, 2019 from 5:00 PM until 7:00 PM and directly at the church Saturday from 9:00 AM until the time of the service. Interment will take place in Riverside Cemetery.

The family wants to thank all the loving caregivers at Heartwood Homes and the dedicated staff of AseraCare Hospice. A special thank you to Bob and Mary Klein who cared for him over the years as a father.