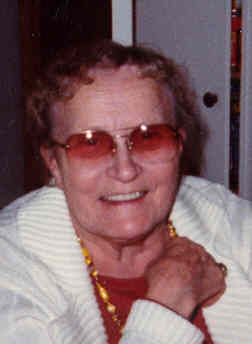 Charlotte Weimar (Hanneman)
Age 97
Of Appleton, passed away on December 7, 2003 at Franciscan Care Center, Appleton. She was born in Berlin, Germany on October 21, 1906 where she lived her first 13 years. At the age of thirteen she came to America and met and wed William Weimar. They were married in Marinette on May 10, 1930. Charlotte worked at the Fox River Knitting Mill and also at Lawrence University. They lived in Appleton most of their lives and enjoyed dancing and spending time with neighbors, especially Marge Koehnke.
Survivors include a niece, Jean Tradwell, Appleton; and cousin, Robert (Jeanice) Armstrong, Appleton. She was preceded in death by her husband, William.
Funeral Services will be held on Wednesday, December 10, 2003 at 11:00 a.m. at the Star of Hope Chapel in Highland Memorial Park with Pete Reinl as officiant. There will be a half hour of visitation prior to the service also at the chapel. The family wishes to thank the staff at Franciscan Care Center unit #1 for their love and care of Charlotte for many years.