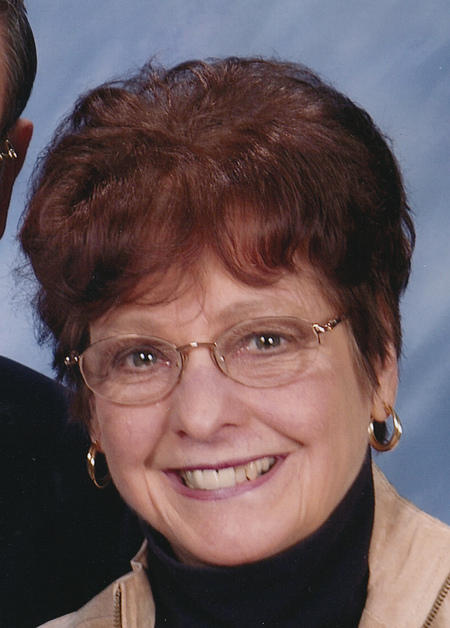 Charlotte J. Merholtz, 77, Appleton, passed away on January 17, 2014 at her home with her family at her side after a courageous battle with cancer. Char was born on March 14, 1936 in Shiocton to the late Arthur and Martha (Jahnke) Conradt. She was a graduate of Shiocton High School. On February 16, 1957 she married Marlyn Merholtz at First Lutheran Church in Shiocton. She was an active member of Bethany Lutheran Church in Appleton and served on the church's Altar Guild. Char was a very strong woman. During her battle with cancer, you could never hear her complain. She enjoyed cookouts and get togethers with family and friends. Char also loved animals and was a regular donor to the Humane Society. For over 20 years, Char had her “Breakfast Club”, which is her mall walking group. She also enjoyed having regular lunch dates with friends and will be sadly missed by many.
Survivors include her husband Marlyn, children Randy Merholtz, Fence Wisconsin, Linda (Dick) Wickesberg, Shiocton, Chris (Carrie) Merholtz, Clintonville and Terry Merholtz, Shiocton, 8 grandchildren as well as many great-grandchildren, four brothers: Gordon Conradt, Mequon, Charles (Audrey) Conradt, Shiocton, Le Roy (Jeannine) Conradt, Shiocton and James (Joanne) Conradt, Black Creek, four sisters Dorothy Karbel, Milwaukee, Lola Pleshek, Shawano, Janice (Tom) Van Straten, Shiocton and Verla (James) Booth, Lake Tomahawk and many other relatives and friends.
She was preceded in death by her parents, two brothers: Victor (Marian) Conradt and Reno (Phyllis) Conradt, one sister Margaret Conradt, two brothers-in-law Joseph Karbel and Adolph Pleshek and one sister-in-law Marian Conradt.
Funeral Services for Char will be at Bethany Lutheran Church, 530 West Parkway Boulevard, Appleton, on Tuesday January 21, 2014 at 11:00 am with Rev. Mark Henke officiating. Visitation will be at Wichmann Funeral Home, Superior Street location on Monday January 20, 2014 from 4:00 to 8:00 pm and on Tuesday at the church from 9:00 to 10:45. Entombment at Highland Memorial Park in Appleton.
Char's family would like to thank Dr. Gunther and his wonderful staff, the staff of the Siekman Cancer Center, the nurses and staff of AMC 7th floor and ThedaCare at Home Hospice, for all the care given to Char. In lieu of flowers, a memorial fund has been established.