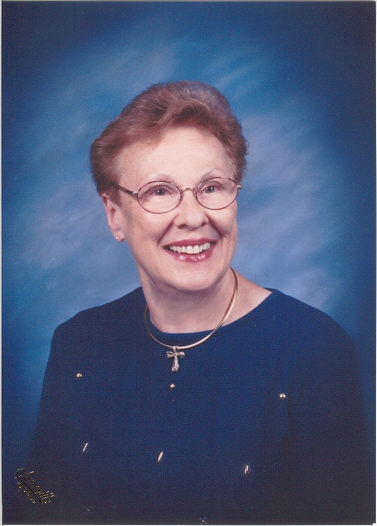 Charlotte Jaehnke, née Bloedel, peacefully passed away on March 24, 2020, and is resting in the arms of Jesus and of her deceased husband, “Herbie” at the age of 92.  Charlotte was born on February 13, 1928 in Chicago, IL to Arthur and Genevieve Bloedel.  She worked as a switchboard supervisor at Bell Telephone Company after high school.  After her marriage in 1950 to Herbert, they raised 3 children: Arthur (Elizabeth), Catherine and Robert.  As her children were growing, she managed the record department of PrangeWay, worked at Memorial Florist, and later administered EKG’s at Theda Clark Hospital.  Her last years were spent at Century Oaks Assisted Living in Grand Chute, WI.  Charlotte leaves 4 grandchildren: Justin, Dominic (Missy), Jennifer (Kyle) and Colin along with a wonderful family friend, Rhonda Uschan.  Charlotte was preceded in death by her husband, parents, and brother, Carlyle.  A Mass of Christian Burial will be celebrated on Thursday, June 25, 2020 at 11:00am, St Bernard’s Catholic Church, 1617 W. Pine Street, Appleton, WI. Visitation with the family will precede the Mass beginning at 10:00 to 10:45am.  In lieu of flowers, the family requests donations to American Diabetes Association or Alzheimer’s Association.  The family also wishes to sincerely thank the staff at Century Oaks during her residence.  All arrangements have been made through Wichmann Funeral Home.