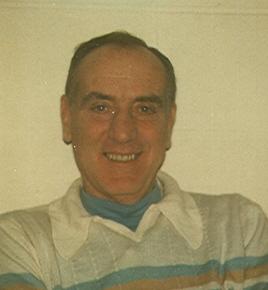 Age 82, died on January 31, 2007 at his home. He was born on June 14, 1924 in Plainwell, Michigan. While in high school he played football and baseball and ran track. He also boxed in the Golden Gloves, winning the championship as a middleweight in Kalamazoo and the State of Michigan. He continued boxing in the Navy, serving on the Destroyer Escort, USS Goss during World War II. While in the Navy he was in the landing on Iwo Jima and witnessed the surrender of Japan in Tokyo Harbor.

Chuck received his Bachelor‚Äôs and Master‚Äôs degrees from Western Michigan University. He did post-graduate work at Michigan State, Northern Illinois, and the University of Pittsburgh.

He was a long-time teacher and coach, coaching almost every sport during his 45-year career, but football was his favorite. Schools he taught at include: Olivet College, Milliken University, Northern Montana, Chicago City College, Beloit College, and his last 15 years at Appleton East High School. After he retired in 1991 he coached football at Lakeland College, Wrightstown, and St. Mary‚Äôs Central in Menasha.

Chuck was inducted into the Wisconsin Football Coaches Association‚Äôs Hall of Fame in 2001, and honored as Regional and National Junior College Coach of the year in three different seasons.

Chuck is survived by his wife of 58 years, Joan Lange Ross, his children: Sandra (Nancy Holmes) of West Bend, Jim (Dawn Wenszell) of Cudahy, and Richard of San Francisco; his three granddaughters: Annalise, Ava, and Ellerie, as well as many nieces and nephews. He was preceded in death by his four brothers: Bill, Claude, George, and Mason; and his nieces, Dorothy and Cheryl.

Funeral services for Chuck will be held at 11:00 A.M. on Saturday, February 3, 2007 at First United Methodist Church (325 East Franklin Street) with Rev. David Brice officiating. Friends may call at the church from 9:30 A.M. until the time of the service. A memorial fund for the Appleton Education Foundation has been established.

Interment will be in the Southern Wisconsin Veteran‚Äôs Memorial Cemetery in Union Grove, Wisconsin at 10:00 A.M. on Tuesday, February 6, 2007.

The family wishes to express their appreciation to all those who showed support and compassion towards Chuck; especially Ruth, Jennifer, Josh, Paul, and Sue.