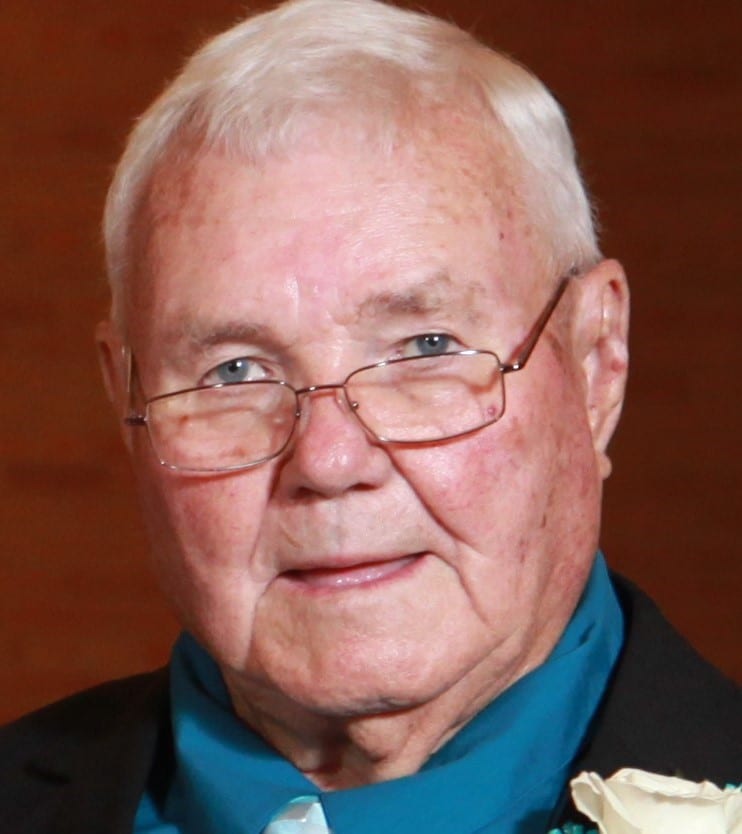 A memorial service for Charlie is being planned for a later date.

Charlie served his country as a member of the United States Navy, and again later, in the United States Army with Honorable Discharge.  He was a member of the American Legion Post #60 in Kimberly as well as serving as a Grand Knight for the Knights of Columbus.  For many years, he worked in the paper industry, and later teamed up with six other partners (Marvin Schumacher, Mark Vandeyacht, Joe Dietzen, Carl Nagan, and Don Romenesko) and started Warehouse Specialists, Inc. The special relationship between these partners created treasured lifetime friendships.

Charlie loved fun and valued his friends and family. He was a seasoned traveler, putting many miles on his motorhome. He spent time riding his three-wheel moped, still at age 91, to Lake Park Fitness and tooling around Sherwood.  He enjoyed golfing but not as much as Ardene.  Taking a special interest in his family’s genealogy, Charlie would work diligently researching and expanding on the family tree. He mostly loved to try new restaurants for dinner, but nothing beat the Pan Fried Walleye at Van Abels on Fridays.  He was crafty with his hands and created beautiful wood objects.  Above all else, nothing was more important to Charlie than family and family reunions.  He was always preparing for the next event.

He was preceded in death by his parents, his wives, and brothers: Edward and Thomas.

A memorial mass for Charlie has been scheduled for Thursday, June 24, 2021, at 11:00 AM, at Sacred Heart Parish in Sherwood.

Please know Charlie will be saving you a barstool in heaven.

We wish to thank Apple Creek and their staff for the wonderful care they gave  to Charlie.

In Charlie’s memory, a memorial fund is being established to benefit Disabled Veterans and Sacred Heart Church of Sherwood.

A memorial service for Charlie is being planned for a later date.