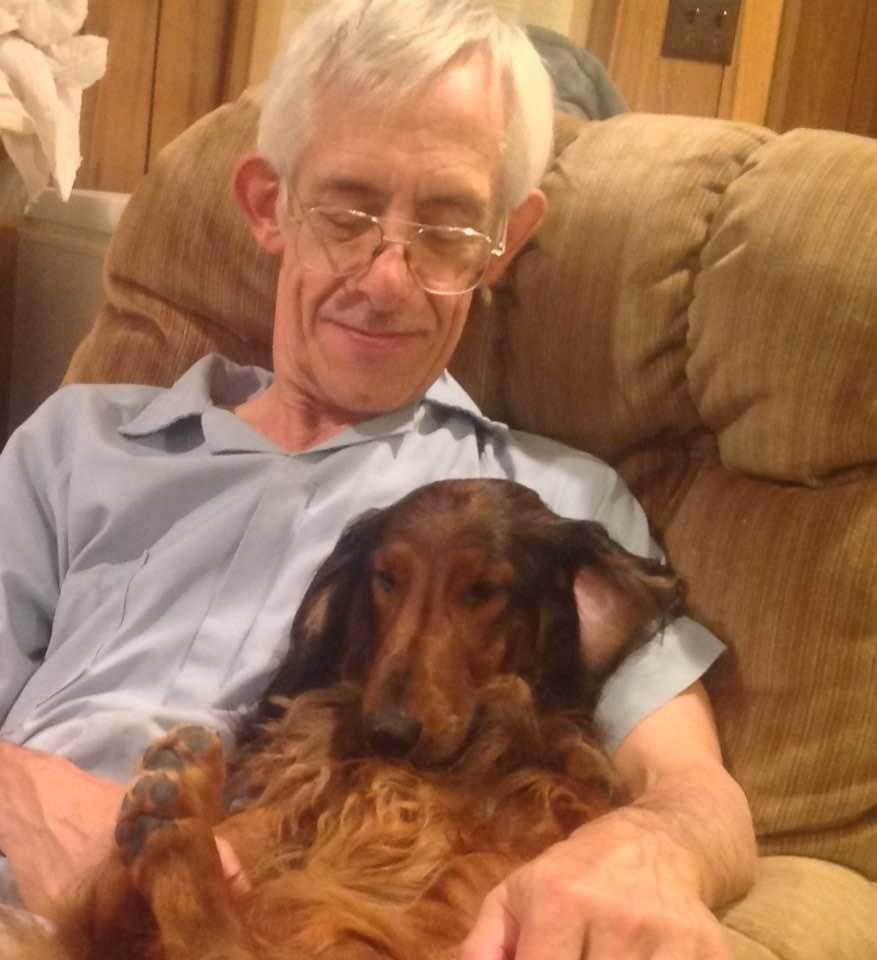 Wednesday April 28, 2021 marked the passing of a truly remarkable man, Chuck Dahlén. (Charles Lawrence Dahlén). To meet him you might simply dismiss him as a low-key, relatively quiet…maybe even Eyore-ish or curmudgeonly… man…and he would have been proud to say you are correct!  But Chuck was someone who, once you met him, you would go away saying “gosh, I sure like that guy!”

Chuck was born March 15, 1951 into the growing family of Carl and Winnie Dahlén. He, along with his 3 brothers and 3 sisters, was privileged to be brought up by intelligent and caring parents whose traits he emulated in his own parenting style. Graduating from high school in 1969 he went on to college, worked in the ship yards of Sturgeon Bay, welding jobs in Oshkosh & Appleton, then back to college again while working full time in retail grocery, graduating with a Degree in Education from the University of Wisconsin-Oshkosh in 1981. He continued with grocery store management, eventually worked as a dark room technician at Baer Printing, and finally settled on full time substitute teaching in the Fox Valley area. UW Oshkosh was also the place he met the woman who became his wife and life partner (on a blind date arranged by his sister Juli because she had other plans when he came to visit!!!). They wed on May 31, 1975 in Niagara, WI. They built a life together in the Fox River Valley and raised two kids…Amber and Taylor. If you ever saw one of their Christmas cards, though, you could see where Chuck and Lynne’s  passion was…raising and showing beautiful longhair Dachshunds!  Their annual Christmas card was fun to receive each year…you could see how the kids were growing…and how the pack of dogs was increasing! Chuck and Lynne lived a family centered life, working opposite of each other for many years so they could have maximum time with their kids when they were young. Chuck and Lynne utilized their writing, editing, and graphics skills to produce the quarterly Dachshund Club of America magazine out of their own home for the last 21 years.

After Amber and Taylor started their adult lives on their own, Chuck and Lynne had the opportunity to pursue a dream of theirs, the running of a grooming and boarding kennel. They uprooted themselves from the Fox River Valley and moved across state to Siren, WI to open Chazlyn Grooming and Boarding, a business they ran successfully for almost 13 years! Two more dog-crazy people have never existed and everyone who took their beloved animals to Chazlyn were happily confident that their pet would be well cared for. Interesting and lively  conversations were usually part of the Chazlyn experience as well!

Chuck’s other passion was literature. By literature, we aren’t talkin’ new fangled books…no, he loved the classics and in particular Shakespeare and Wordsworth. Also, he wrote, and was an accomplished and published poet who also did poetry readings in the Fox River Valley. As the illness that finally claimed him (Idiopathic Pulmonary Fibrosis) progressed over the past five years, he was so glad that he was still able to do two things he truly loved, reading and writing.

Over the years, when his Dad would talk about people he admired, he invariably would say “ he/she is a fine person”…it was his highest praise. I know if Dad was writing this today, he would end by saying “Chuck Dahlén was a fine person…

Chuck leaves behind his wife of almost 46 years Lynne, his daughter Dr. Amber Dahlén-Peterson and son-in-law Sean Peterson with grand children Natalie and Liam, his son Taylor and daughter-in-law Sarah Kelderman along with grand daughter Sophia.

He also is survived by his siblings and their spouses: Margaret Grabowski (Richard), Tom Dahlén (Mardelle), Julianna Kannenberg (Gary), Brian Dahlén (Suzanne),  Jim Dahlén (Becky), Helen Johnson (Tom), and his in-laws – Dan Aderman (Lori),  Juli Hulce (Jim), Nancy Bobb (Rennie) as well as many nieces and nephews – and all those people who met and befriended him over the years.

He also leaves behind the dogs he so loved.

We all will miss him.

(Written for her brother by Julianna Kannenberg)

Thank you for the kind care from ThedaCare Home Hospice this last month.

A gathering of remembrance will be held on Thursday, May 6th at the Wichmann Funeral Home at 537 North Superior Street, Appleton, WI 54911.

Memorial Donations may be sent to: