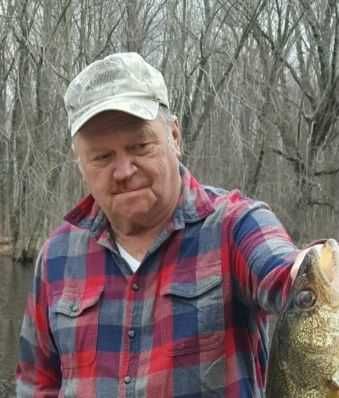 Charles Earl Kohl, age 69, of Grand Chute, passed away unexpectedly at his home on September 7, 2017. Charlie was born on May 2, 1948, son of the late Earl and Elaine (Lippert) Kohl. He grew up on the family farm in Grand Chute and graduated from Appleton West High School. Before Charlie entered the United States Army Reserve, he worked at Miller Lumber. On February 25, 1985, he married Sandra Nemecek, in a ceremony in Texas. Together they owned Ace Asphalt. After 25 years of business, he closed the doors on his asphalt company and decided to join Trico Excavating as a driver, where he retired from.

Charlie was an active outdoorsman who enjoyed hunting with his family, friends, and Rusty his beagle. He also enjoyed spring fishing on the Wolf River with his family and spending summers at White Clay Lake. Above all, he enjoyed the time he shared with his family and friends. Underneath a face that rarely smiled was a generous, compassionate and loving man.

Charlie is survived by his wife of 32 years: Sandy Kohl; their two sons: Pete and Danny (Mariah Jahnel) Kohl; his siblings: Janice Steffens and Ronnie (Sue) Kohl; his siblings-in-law: George “Butch” (Sharon) Nemecek, Diane (Martin) Penney, and Donna (Mike) Harp. He is further survived by many nieces, nephews, relatives and friends. He was preceded in death by his parents, his sister: LeAnn “Leo” (Chuck) Mader, and his nephew: Joe Kohl.

The Funeral Liturgy will be held at 11:00 a.m. on Tuesday, September 12, 2017, at ST. PIUS X CATHOLIC CHURCH, 500 West Marquette Street. A time of visitation will be held from 9:00 a.m. until the time of service. Online condolences may be expressed at www.wichmannfargo.com. Burial will take place at Riverside Cemetery at 2:00 p.m.

The Kohl family would like to thank the Grand Chute Emergency Response Teams for their help through this difficult time.