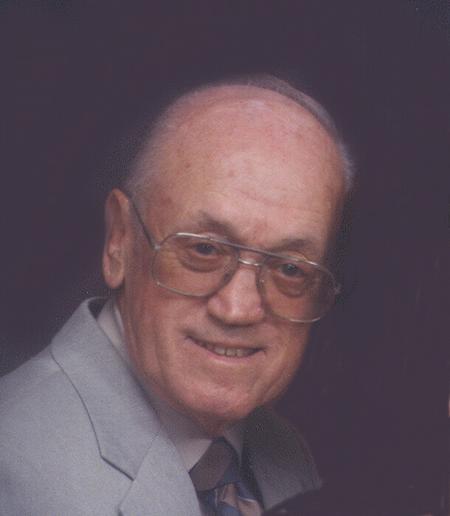 He was born August 16, 1922 in Nelsonville, Missouri to Charles Milton and Vergil (Luckenbaugh) Bohon. Kenneth proudly served his country as a member of the Army Air Corps during both World War II and the Korean Conflict. Following WWII he worked for two summers in Yellowstone National Park, where he developed a life-long love for trout fishing. On September 15, 1949, Kenneth married Annie Elnora Wilburn, a union that produced three children and lasted 56 happy and memorable years. He spent his entire career in fire protection, working 36 years as a sprinkler fitter with the Grinnell Company. Kenneth was a true outdoorsman, spending countless happy days in field, forest, and stream with his sons, grandsons, and best friend Doug Miller. He was preceded in death by his parents and his sister, Helen Lynette.

He is survived by his wife, Ann. He is further survived by three children: Charles Randall (Frances) of Marshfield, and children Rebecca Reading (Justin), Anna, Claire, Spencer, Kori, and Kandace; Deborah Ann (Joseph) Cooper of Appleton and children Kaitlyn, Reece, Kyle, and Anne-Marie; and David (Karin) of Isanti, Minn., and children Renata, Katrina, and Samuel. Kenneth leaves a legacy of hard work, abundant generosity, and a deep caring and compassion for others.

Funeral services for Ken will be at 10:00 a.m. Friday, November 18, 2005, at WICHMANN FUNERAL HOME, 537 No. Superior St., Appleton, with Rev. Ken Ellis officiating. Friends may call from 5:30 p.m. until 8:00 p.m. Thursday at the funeral home, and again from 9:00 a.m. Friday until the time of services. Entombment will be in the Star of Hope Mausoleum, Appleton Highland Memorial Park. A memorial fund in Ken‚Äôs name is being established.