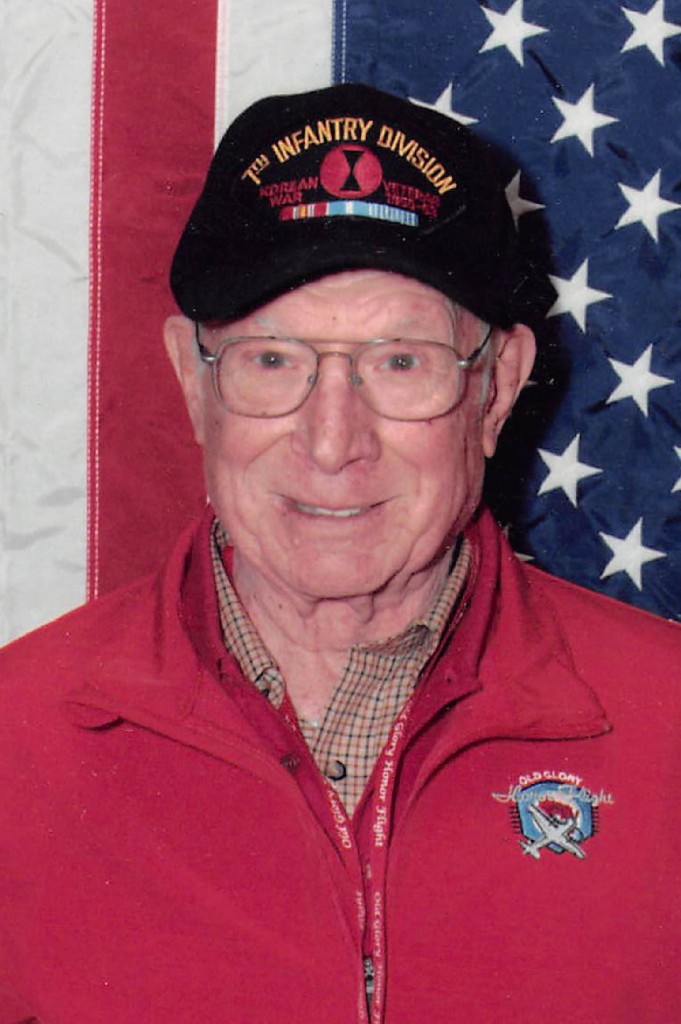 Chuck worked at the Appleton Wireworks and later at Chesapeake Corporation. In his spare time, he officiated many high school and college swim meets. Chuck was a charter member of Grace Lutheran Church in Appleton. He loved his family and their pets. He enjoyed golfing and woodworking, as well as cheering on the Packers and the sports teams of Appleton West High School.

Chuck served in the US Army Seventh Infantry Division in Korea. In recent years, Chuck often wore his Seventh Infantry baseball cap. He appreciated the many times people stopped to thank him for his service.

He was preceded in death by his parents, his sisters Eunice Malsavage and Valerie Flanagan, his brothers-in-law Joseph Malsavage, Floyd Flanagan, and Norbert Piette, and his niece Kay (Malsavage) Benotch.
A memorial service will be at 6 PM on Monday, July 8, at Wichmann Fargo Funeral Home, 537 N. Superior St, Appleton. Visitation will be at the funeral home on Monday, from 4 PM until the time of the service. Interment of ashes will be in Highland Memorial Park, Appleton, on Tuesday, July 9, at 10 AM.

Chuck’s family would like to thank the physicians, nurses, and staff at the ThedaCare Cancer Center, as well as the staff from ThedaCare at Home Hospice for the care they provided during Chuck’s battle with cancer. The family also extends many thanks to Tina Hoernke, John and Margaret Kading, Rose Piette, Michelle Piette, and Penny Iles for their support during Chuck’s illness. A special thanks to Vicki and Jeff Lucas for spur of the moment car rides to take Chuck to the doctor.