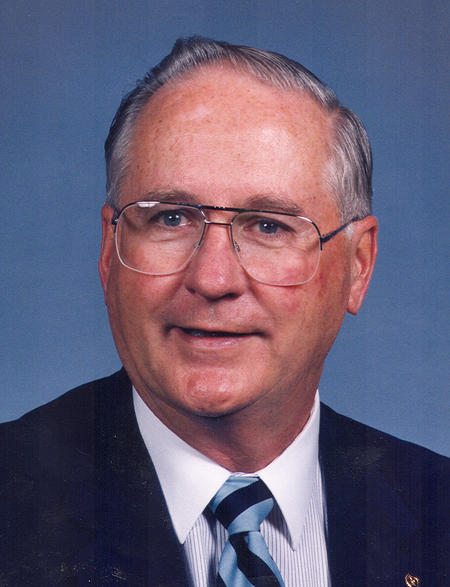 Raised in Clinton, Iowa, Chick graduated from the University of Iowa Medical School in 1953. After interning at Detroit Receiving Hospital he served as a flight surgeon for two years in the U.S. Air Force. Chick entered practice in 1957. Chick held leadership positions as Chief of Staff at Appleton Memorial Hospital (1975) and Chief of the combined medical staffs of AMC and St. Elizabeth Hospital (1990-1992). In 1977 Chick became involved in the development of the Fox Valley Family Practice Residency and was director until 1987. In that capacity he was a member of the University of Wisconsin Medical School and professor emeritus of the U.W. Department of Family Medicine.

Chick's involvement in the Residency and teaching was his proudest medical achievement. He loved to train young physicians. Chick's final medical career was occupational medicine. He served as Medical Director of Appleton Papers, Miller Electric and the Valley Bank, among others. Chick co-founded the Wisconsin Institute of Family Medicine Foundation and served on the National Foundation Board for 8 years.

He was involved in a host of community activities including the YMCA, serving as president in 1977. In 2002, he received the Walter Rugland Community Service Award. He enjoyed the Appleton Downtown Rotary Club, serving as president in 1996-1997. Chick co-founded the Southern Africa Medical Project, sending medical goods to multiple under developed countries. He was an active member of Memorial Presbyterian Church and sang in the choir. Chick married Charlotte Bates on August 23, 1952. They had five children. She preceded Chick in death on July 20, 1994. Chick married Elinore “Peggy” Bergomi on May 19, 1995. Their combined family included 7 children, 16 grandchildren and one great-grandchild. Chick vacationed all of his life at Fence Lake near Minocqua. He especially loved family time at the cottage home at Seven Oaks.