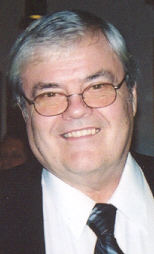 Age 63, passed away on Thursday, May 12, 2005. He was born in Green Bay on January 4, 1942, son of Charles ‚ÄúChuck‚Äù and Gwen Austin Jr. Chuck worked at the Austin‚Äôs Grocery Store, founded by his father, for many years. He went on to work as the manager at the V.F.W. of Appleton Banquet Hall.

Chuck is survived by his children: Judi Austin of Greenville and her children: Adam, Jordan, and Kristy and her son Jordan; Charles (Stephanie) Austin of Kaukauna and their children: Mike, Mariah, Morgan, Holly and Ryan; Linda (Allan) Austin-Head of Appleton and their children: Elizabeth and Jessica; James (Jessica) Austin of Menasha and their son, Alexander; brothers: Bob (Patti), Rick (Debbie) and Steve (Carol) Austin; sisters: Mary (Tom) Ebben and Carol (Donald) Kress. He is further survived by many nieces and nephews. Chuck is preceded in death by his mother, Gwen.

A private memorial service will be conducted per Chuck‚Äôs wishes.

The family wants to acknowledge and thank all of Chuck‚Äôs friends who were very special to him.