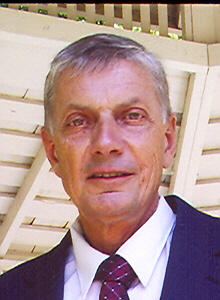 Charles D. Hawley, of Neenah, age 58, died peacefully with his family at his side on Sunday morning, April 27, 2008 at Cherry Meadows. He was born June 8, 1949 in Bismarck, North Dakota, the son of the late Charles W. and Irene (Enyart) Hawley. Chuck graduated from Goodrich High School, Goodrich, ND with the class of 1967. He served his country in the U.S. Army from 1967-1970, where he achieved the rank of E5 and was the honor graduate of his class. Chuck then attended Emery Aviation in Greeley, Colorado for flight training, graduating in 1971. His flying career started in Jamestown, North Dakota, then on to Alaska where he especially enjoyed flying. Chuck went on to be a pilot with Air Wisconsin as a BAE 146 Captain with 27 years of employment. Chuck was forced to retire due to health reasons. On June 29, 2006 he married Deb Olson Wegner in Door County. He was a member of Christ the King Lutheran Church, Combined Locks and former member of the American Legion and Elks Club.

The memorial service for Charles will be held at 11:00 am on Wednesday, April 30, 2008 at CHRIST THE KING LUTHERAN CHURCH, 601 S. Washington Street, Combined Locks with Rev. Doug Bisbee and Pastoral Intern Tim Krick officiating. Friends may call at the church from 9:00 am until the time of services.

The family would like to give special thanks to Dr. Gerald Bayer at Green Bay Oncology and his wonderful staff, Dr. Kristen Thomsen and staff with ThedaCare Physicians, ThedaCare at Home Hospice and Cherry Meadows for all their care, concern and support. Last of all, thank you to Chuck's loyal best friend of 29 years, Doug Tufte, for all your wonderful visits and thoughtfulness.