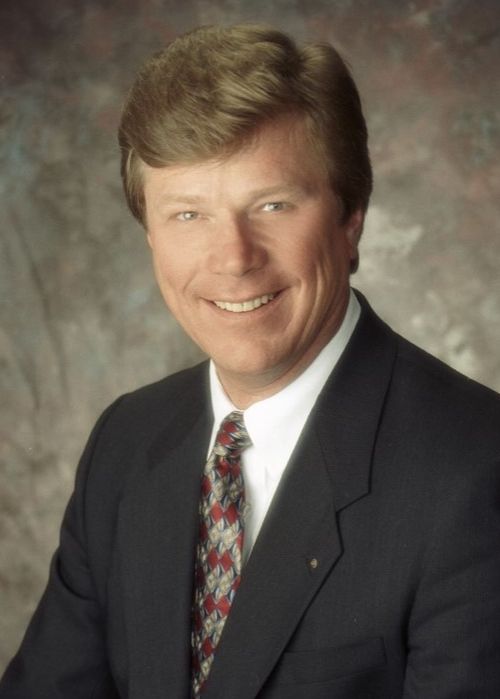 Chuck was born November 21, 1953 in Menomonee Falls, the only son of H. William “Bill” and Jeanette (Petersen) Kranzusch. As a youth, he participated in Scouting, ultimately earning the rank of Eagle Scout. He attended St. Norbert College in DePere, WI, majoring in marketing and business.

Chuck had many great accomplishments throughout his life, but his greatest source of joy was his loving family. He married his true “First Mate” Judith Vande Hey on December 15th 1985, and together they raised two sons, Trevor and Chad. Family time was precious to Chuck, and many great memories and friends were created over the years in boating, skiing, snowmobiling, golfing and traveling. Chuck enjoyed his home and gardens in Door County, they were his sanctuary. He took pride in his son’s accomplishments as they each moved into their own adult lives, and he looked forward to more time spent with Judy.

Chuck attended the College for Financial Planning and obtained his Certified Financial Planner™ designation in June of 1985. Over the years, Chuck’s leadership in finance and insurance helped hundreds of families and businesses protect themselves from risk and create meaningful business and retirement plans. Chuck mentored dozens of colleagues over the years, and while he continually challenged them to succeed, he also cared for them and their families deeply. Led by Chuck, in the mid 2000’s “Team One” was born, a business culture whose legacy continues in the organizations to this day. Looking forward to the next chapter in life, in the last few years Chuck facilitated the transition of both organizations to new leadership and continued to assist with their growth & development. A serial entrepreneur, there was always a new business idea or challenge that he tackled.

The memorial service for Chuck will be held on Monday, October 14, 2019 at 12:00 PM at CHRIST THE KING LUTHERAN CHURCH, 601 S. Washington St., Combined Locks. A time of visitation will be held on Monday from 9:00 AM until the time of the service at the church. Online condolences may be expressed at www.wichmannfargo.com. In lieu of flowers, suggested memorials may be made to the Boys and Girls Club of Door County.