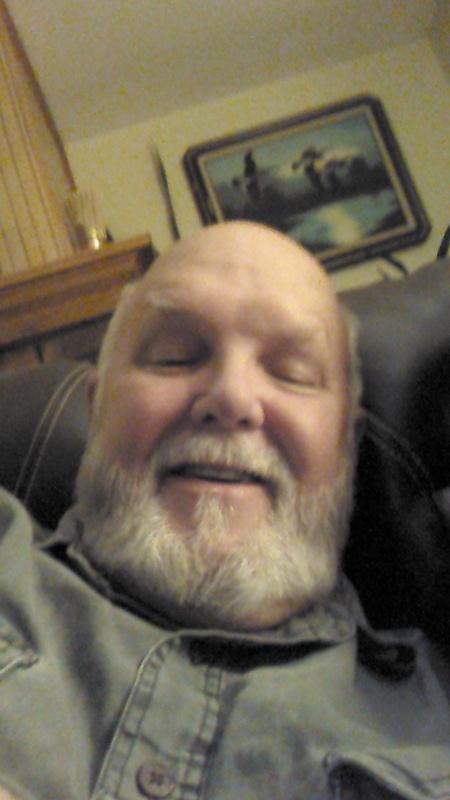 Charles F. “Chuck” Herman, 65, Menasha, passed away unexpectedly in South Carolina. Chuck was born on October 11, 1948 in Sheboygan to the late Roger and Mabel (Mason) Herman. He graduated from Menasha High School and later attended UW Whitewater where he graduated with a degree in teaching. He served his country as a member of the US Air Force and was honorably discharged. On December 18, 1985 he married the former Debra Doucette in Portage Wisconsin. Chuck worked as a teacher, as a computer technician for MCI, and most recently he was employed as a truck driver with Mast Trucking. Chuck's family and friends mattered most to him. He loved family cookouts and pool parties at his home. He was an outdoorsman who loved fishing and was a fan of the Packers, Badgers, and NASCAR.
He will be sadly missed by his wife Debbie, son Terry (special friend Christie) Wolff, daughter Tara (AJ) Strawn, grandchildren Elijah, Brandon, Austin, Stephanie and Christopher, sister Melanie (Mike) Houge, brothers Jim Herman and Roger (Sandra) Herman Jr., nieces and nephews Jimmy, Jenna, Christopher (Kelly), Morgan, Jessie (Dave) Leiberg, and Shannon (Tim), family friend Janine Herman as well as many other relatives and friends.
He was preceded in death by his parents, one brother Mike Herman, and nephew Justin Herman.
Funeral Services for Chuck will be at Wichmann Fargo Funeral Home, Oneida Street location on Friday December 13, 2013 at 11:00 am with Rev. Jane B. Anderson officiating. Visitation will be at the funeral home from 9:00 to 11:00 am. Online condolences may be expressed at www.wichmannfargo.com.