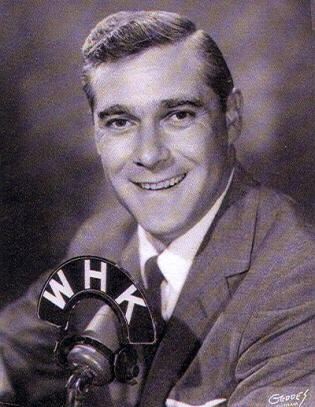 Mr. Benjamin was born in Appleton, Wisconsin, August 4th, 1924. He graduated from Appleton High School and attended the University of Wisconsin briefly before going into military service. He received a BA degree from the University of Michigan after the war.

He served as a Lieutenant in the Marine Corps in World War Two and as a Captain during the Korean War.

Known as Bruce Charles in his broadcasting career, he worked as a staff announcer in radio's earlier days, a disk jockey, and finally a news man. He worked 18 years at WHK in Cleveland and 25 years at WNEW in New York City. He retired in 1987.

Services will be held at the Wichmann Funeral Home in Appleton, Wisconsin at 11a.m. on Saturday, October 24th, 2009, with visitation starting at 10 a.m. In lieu of flowers, donations may be made to the Salvation Army.

He died of natural causes.