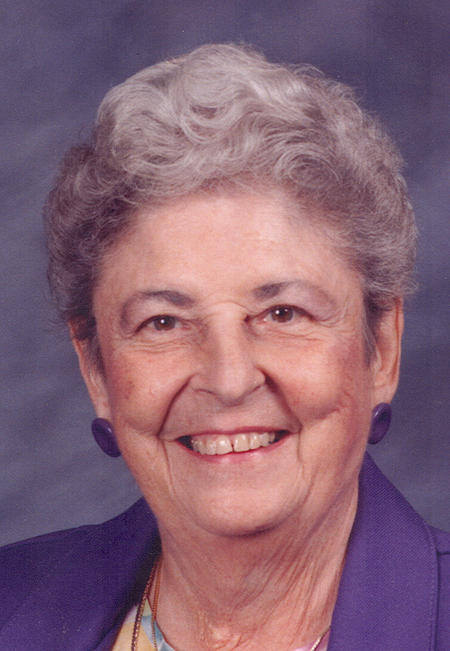 Charlene F. Plato, age 87, died on Tuesday, December 29 at home peacefully, surrounded by family. She was born August 25, 1922 in River Rouge, Michigan to the late Louis and Evelyn (Lawrence) Burean. Charlene was united in marriage on June 27, 1942 to Tennyson Deane Plato. Together they raised three children in Lincoln Park, Michigan. Charlene graduated from Cass Technical High School with a degree in dress/jewelry designing. Her first job was designing fashion ads for the newspaper. She was a store manager and sewing teacher for the Singer Company before she retired. Charlene was a talented seamstress, organist, painter, loved to garden, and enjoyed doing many types of crafts. She also loved boating with the family and they took many boating trips all around the Great Lakes. After retirement, Charlene and Deane lived in Longwood, Florida. She enjoyed living in Florida until 2003, when she moved north to be close to family. Charlene lived at the Appleton Retirement Center until she became ill, and then moved in with her daughter, Kathy and her husband Dennis.

The memorial mass for Charlene will be held at 11:00 am on Saturday, January 2, 2010 at ST. PAUL CATHOLIC CHURCH, 410 E. Wallace Street, Combined Locks. Fr. Jim Lucas will be officiating. The family will receive friends at the church from 10:00 am until the time of mass. Memorials are appreciated to Living Water International or ThedaCare at Home Hospice.