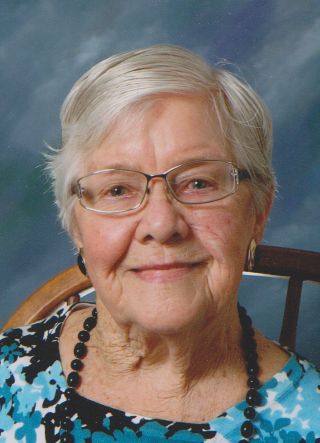 Celeste Lamers, a longtime Kimberly resident, passed away on Wednesday afternoon, August 28, 2019. Celeste was born October 1, 1920, daughter of the late John and Mary (Behling) Josephs. She was a graduate of the Kimberly High School, and married Clifford Lamers on February 20, 1946; Cliff preceded her in death in 1999.

She lived in Kimberly until her retirement from Lawrence University in 1985, when she and Cliff moved to Shawano Lake. She enjoyed spending time with her family, grandchildren and great-grandchildren, gardening, fishing, and time at the lake. In 2009, she moved back to the area and became a resident at St. Paul Villa in Kaukauna.

The funeral liturgy for Celeste will be held at 4:00 PM on Wednesday, September 4, 2019 at Holy Spirit Parish, located at 600 E. Kimberly Avenue in Kimberly, with Fr. Carl Schmitt officiating. Interment will take place later in the parish cemetery. Family and friends are invited to gather at the church on Wednesday afternoon from 1:00 PM until the time of the mass.

The family would like to extend their sincere thanks to everyone at St. Paul Elder Services and St. Paul Hospice for the love and care given to our mother. We will always remember your kindness and compassion.